If you've been following Arturia for the last few years, you've probably noticed that they've been pushing out acclaimed products left and right. They've always delivered superb software instruments like V Collection and Pigments, with controllers and sequencers like the KeyStep 37 and the Beatstep Pro bridging the gaps between hardware and software all over the world. And of course, recent analog hardware synths like the PolyBrute are both immensely flexible and offer numerous unique twists on traditional synthesizer designs.

Of these, 2019's MicroFreak stands out as a fairly affordable digital synthesizer with a number of unique features and sounds that aren't really found anywhere else in the Arturia catalog—or in most other synthesizers, for that matter. Traditional synth sounds, physical modeling voices, and clever modulation implementations give the MicroFreak incredible value and versatility that aren't even found in synthesizers ten times its price. Given its popularity and Arturia's track record for expanding single instruments into full-fledged product lines, many fans assumed that another "Freak" was inevitable.

That day has finally come: MiniFreak is here, and finally puts the Freak sound palette into a true polyphonic package. But there's more at play here than simply cramming more voices into the MicroFreak: new effects, more control opportunities, and other additional features make the MiniFreak its own definitive instrument. First, let's reflect on what the MicroFreak brought to the table, and then we'll get into the nitty-gritty of what the MiniFreak is all about.

Looking Back On the MicroFreak

We're not at all surprised to see the release of the MiniFreak, because the MicroFreak has seen some steady growth in popularity over the last few years. But when it was first released, the MicroFreak seemed as if it came out of nowhere, because it was such a clear departure from Arturia's other product lines.

Perhaps the most notable thing about the MicroFreak is its digital sound engine. Though they've long produced software instruments like the V Collection, Arturia hadn't produced a digital synthesizer since their very first hardware product: the Origin. But even compared to that instrument and the analog Brute family, MicroFreak's sonic capabilities are way more adventurous than the instruments to come before it. Between more standard-fare synthesis methods like virtual analog and wavetable to less common approaches like additive synthesis and physical modeling, MicroFreak's sonic palette packs about as much variety as you can find in a single package. As is the case with most analog Arturia synths, there's also an analog Steiner-Parker filter to further shape your sounds, regardless of which sound mode is chosen. 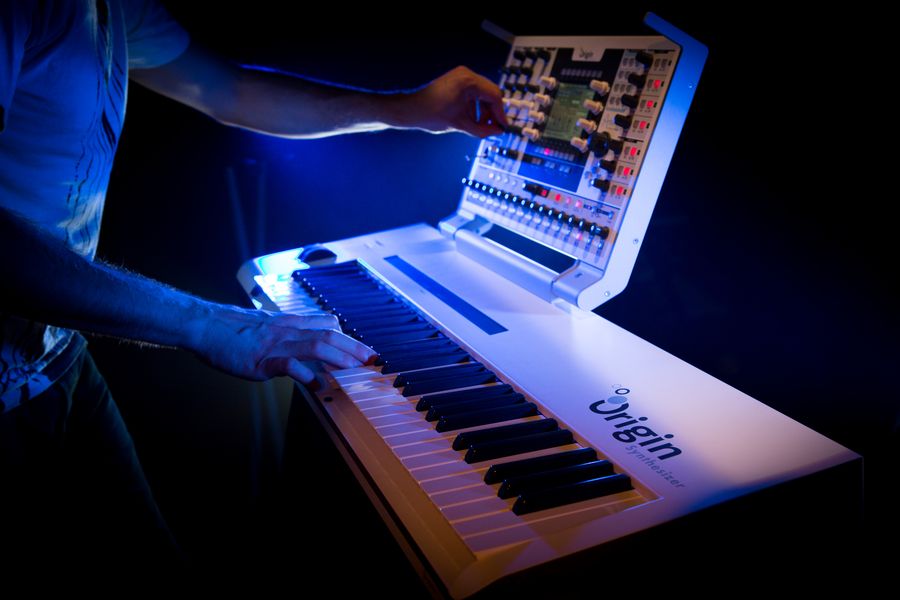 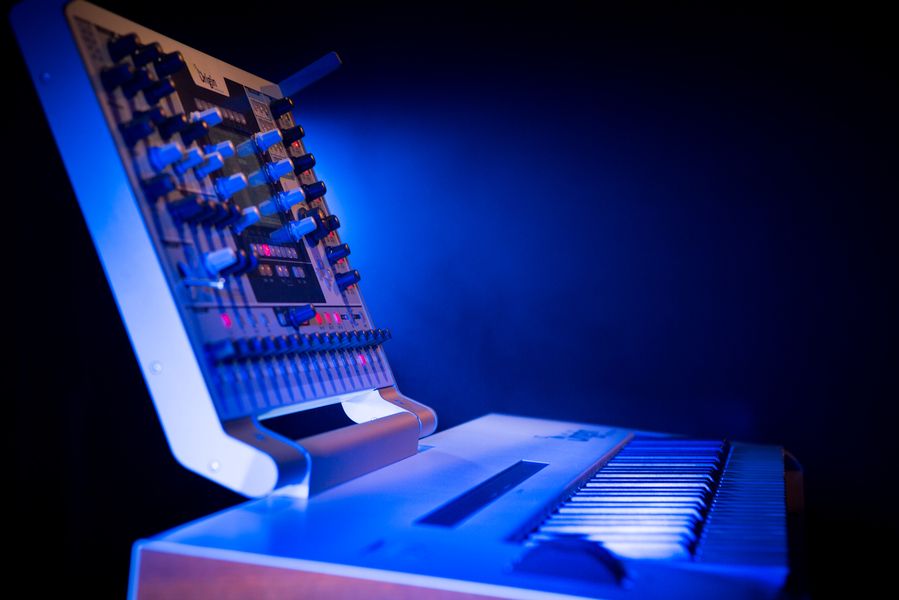 When it was first released, MicroFreak contained not only a handful of original synthesis models from Arturia, but it also incorporated some of the open-source code from the beloved Plaits module from Mutable Instruments. This initial group of algorithms was then supplemented later by three additional oscillator modes designed by our pals over at Noise Engineering, as well as the surprise reveal of a vocoder mode thanks to the hidden microphone input on the headphone output jack. Thus MicroFreak doesn't just represent a meld of different synthesis methods, but also of design philosophies and, in the case of Noise Engineering, collaborative work to enhance the MicroFreak platform.

Sound is only part of the equation in a synthesizer, for much of the interest lies in how sounds may be controlled or evolve over time. To that end, MicroFreak offers an LFO, a cycling envelope, an ADSR-style envelope, and a unique touch-based keyboard with pressure control—all of which are available as sources in the 5x7 modulation matrix. A mod matrix is a powerful way to arrange control signals in your patches, and by simply using the encoder to scroll around and tap in connections that you need, dialing in movement and gestural control is quick and easy. MicroFreak's matrix is particularly fun because you can go wild and use all 35 possible modulation points if desired. And because three of the destinations are assignable to most parameters that aren't Oscillator Pitch, Wave, Timbre, and Filter Cutoff, since those are already present in the matrix, there's no shortage of sonic possibilities.

Another key point to mention about the MicroFreak is that it's not just a monophonic synthesizer, but it is also capable of four-voice paraphonic behavior. We've previously discussed paraphony (and its tricky classification) in a previous article on synthesizer polyphony, but as it pertains to the MicroFreak this means you can play four-note chords into a single analog filter shared by all voices. This differs from a normal polysynth where you technically have a complete signal path for all voices—dedicated oscillators, filters, and VCAs per voice summed at the final output. MicroFreak does "cheat" a little bit though, in that the main envelope, note and pressure values from the keyboard, and the arpeggiator can impart polyphonic modulation onto the individual voices. But again, remember that these voices are summed together before the single filter, so some sounds and modulations will be more apparently paraphonic rather than polyphonic.

Though it was a bit of a lone wolf for a few years, the Freak family has now grown one larger with the addition of the MiniFreak.

Of course, a new entry into an existing product family should share a lot of the same core DNA as the products that came before it. MiniFreak fits into this idea, but still brings plenty of its own new ideas to the table. There are actually a number of functional and sonic changes compared to MicroFreak, giving MiniFreak enough to set itself apart from its older sibling. 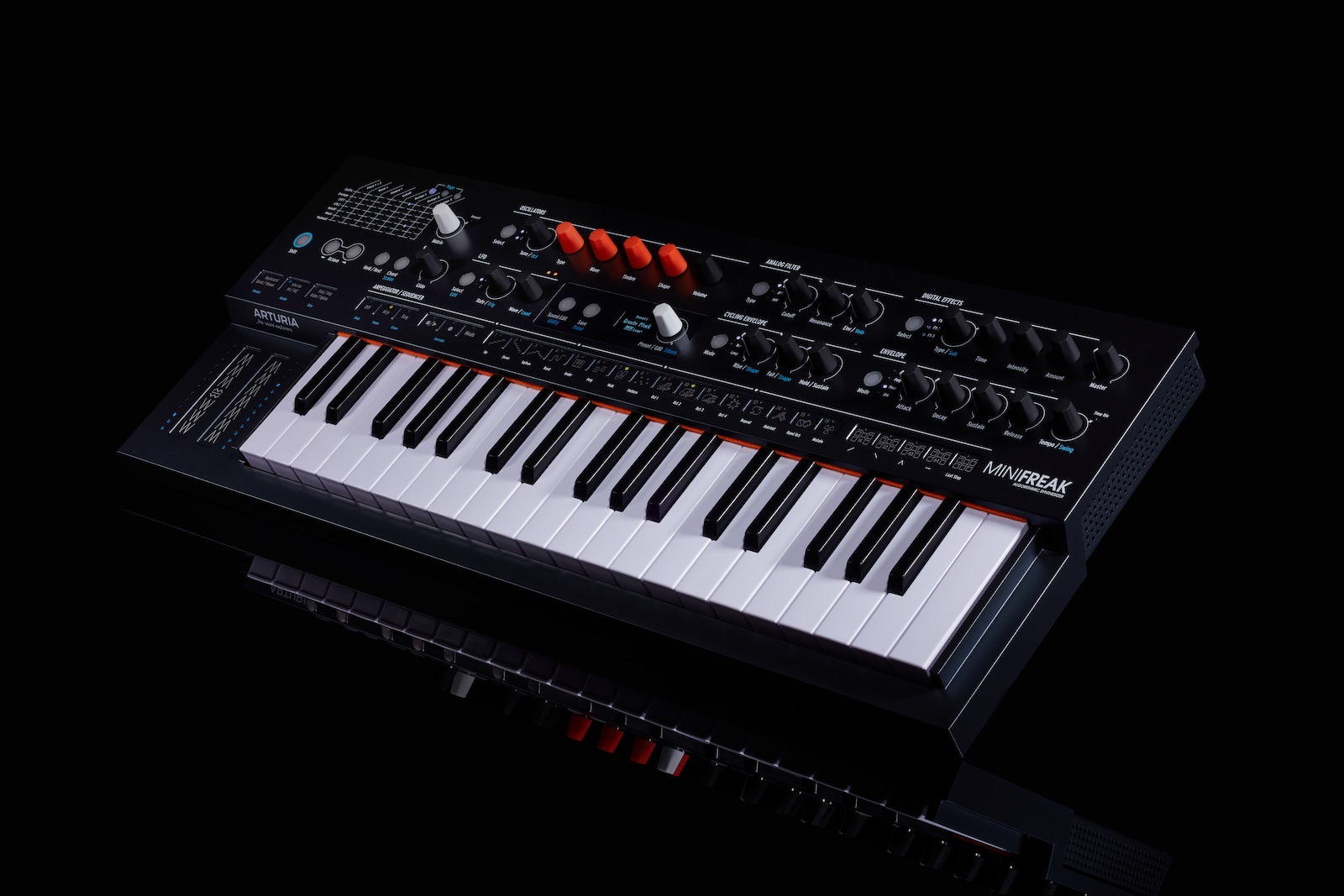 Sonically speaking, the biggest change is that there are now two digital oscillators to work with at once. Doubling what was offered on the MicroFreak, you can stack together two of the same mode for huge sounds or dial in dimension and depth by combining two totally different modes, like a physical modeling voice and a harmonic synth or virtual analog and two-operator FM. Most of the original models return from the MicroFreak, but that's not the full extent of what MiniFreak has to offer.

New to the MiniFreak, you can also use the second oscillator to process the first, using digital filtering to get more mileage and variety than what the analog filter could provide on its own. There are five new modes on hand for processing either the sounds of the first oscillator, or for manipulating audio from the external input. Multi Filter offers analog modeled filters, Surgeon Filter contains digitally precise frequency control, Comb Filter goes out into experimental territories, Phaser Filter imparts formant-like characteristics, and Destroy, decimates anything passing through it.

Because of its sonic versatility, MicroFreak was a popular synthesizer to pair with effects pedals. With this in mind, and to position MiniFreak as a complete package, Arturia included a three-slot effects engine to push your sounds into new places. At release, there are ten different effects to choose from, including utility tools like EQ and multiband compression as well as distortions, delays, and more. We're sure that we'll see more added in the future—I'd personally love to see some more contributions from Noise Engineering, because the Desmodus Versio and all of their other effects modules are fan favorites here at Perfect Circuit.

Another big addition is a true polyphonic mode, with six voices to work with as you craft lush pads, arpeggios, and sequences. There's still a paraphonic mode, but because there are two digital oscillators per voice, you have a whopping 12 notes available to you when using this feature. MiniFreak's implementation is fairly unique because you effectively have six groups of two notes given the normally polyphonic architecture, but the same sort of restrictions apply as any other paraphonic synth, such as filter modulations only affecting voices in pairs. That said, paraphonic synthesizers are really cool because of these limitations, and can lead to their own unique musical opportunities that couldn't be achieved with normal polyphonic synths.

On the physical side of things, MiniFreak now features a more traditional piano-style keybed with 37 minikeys. While we love the MicroFreak's touch keyboard, we feel like this change makes sense given the emphasis on being able to play polyphonically, and so MiniFreak will likely feel more comfortable to individuals coming from other traditional synthesizers. To accommodate the additional width provided by the keybed, Arturia took the opportunity to shift controls around, as well as expand the sequencer and arpeggiator functionality. There are also dedicated pitch and modulation touch bars to the left of the keyboard, but these can be repurposed for macro control over multiple parameters, or controlling aspects of the sequencer and arpeggiator as they're running.

As a nice bonus, MiniFreak comes with a free copy of the MiniFreak V plugin, which is a full software recreation of the MiniFreak. Even the analog filters have been meticulously modeled to behave just like their physical counterparts, which ensures that you can have all of your favorite MiniFreak sounds wherever you can bring your DAW. Modern music making often requires tweaks and adjustments on the go, so it's certainly a nice treat to be able to tweak your sounds when you're away from your hardware synths.

So, given everything we covered above what's actually different between the MicroFreak and the MiniFreak?

It's been a treat to see the MicroFreak become so popular, especially given Arturia's continued attention to releasing firmware updates and unlocking hidden features built into the hardware. A true polyphonic version has been continually requested by avid Freak fans, and now that it's here we're sure the MiniFreak is going bring some new sounds to studios all over. 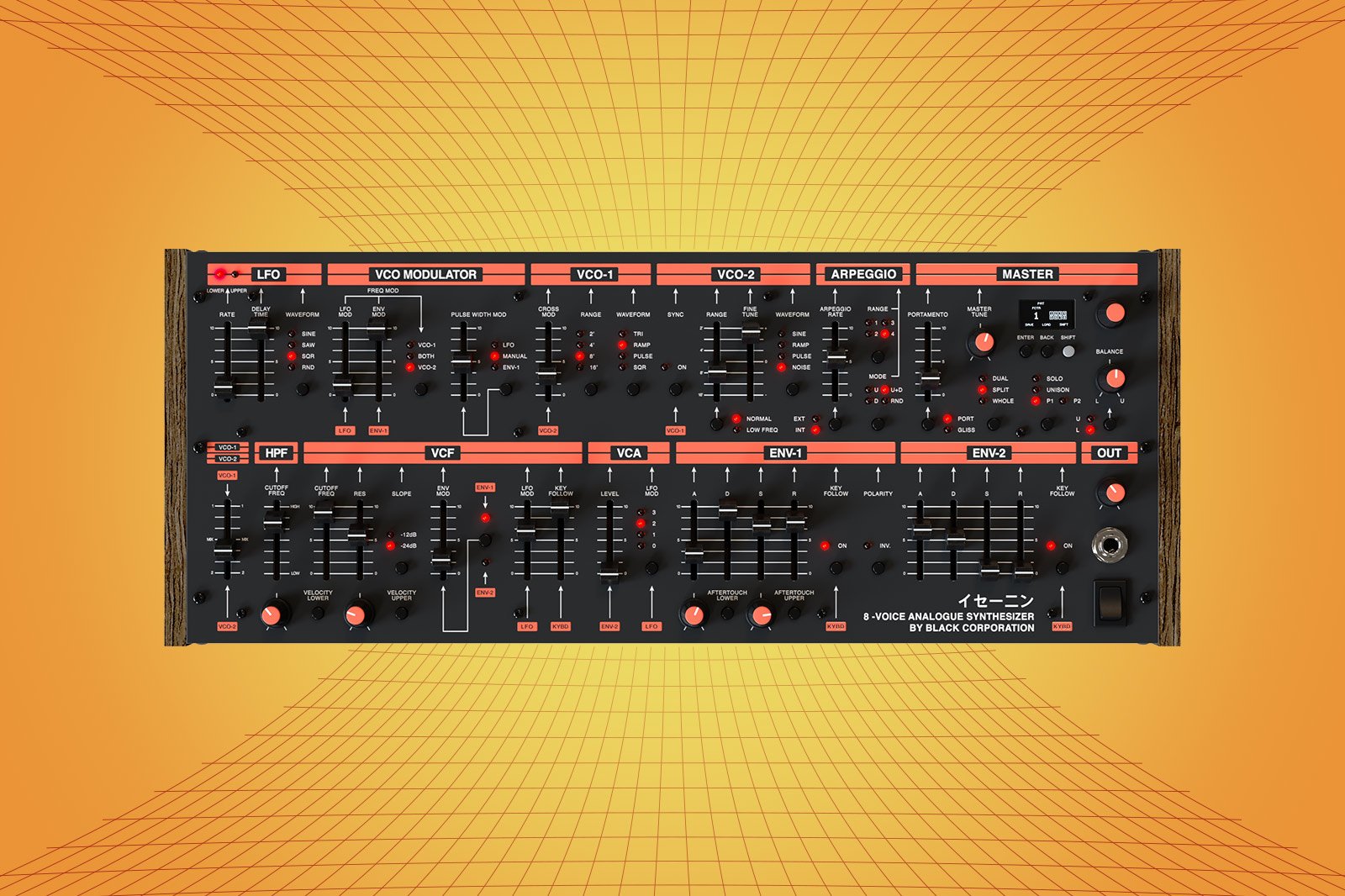 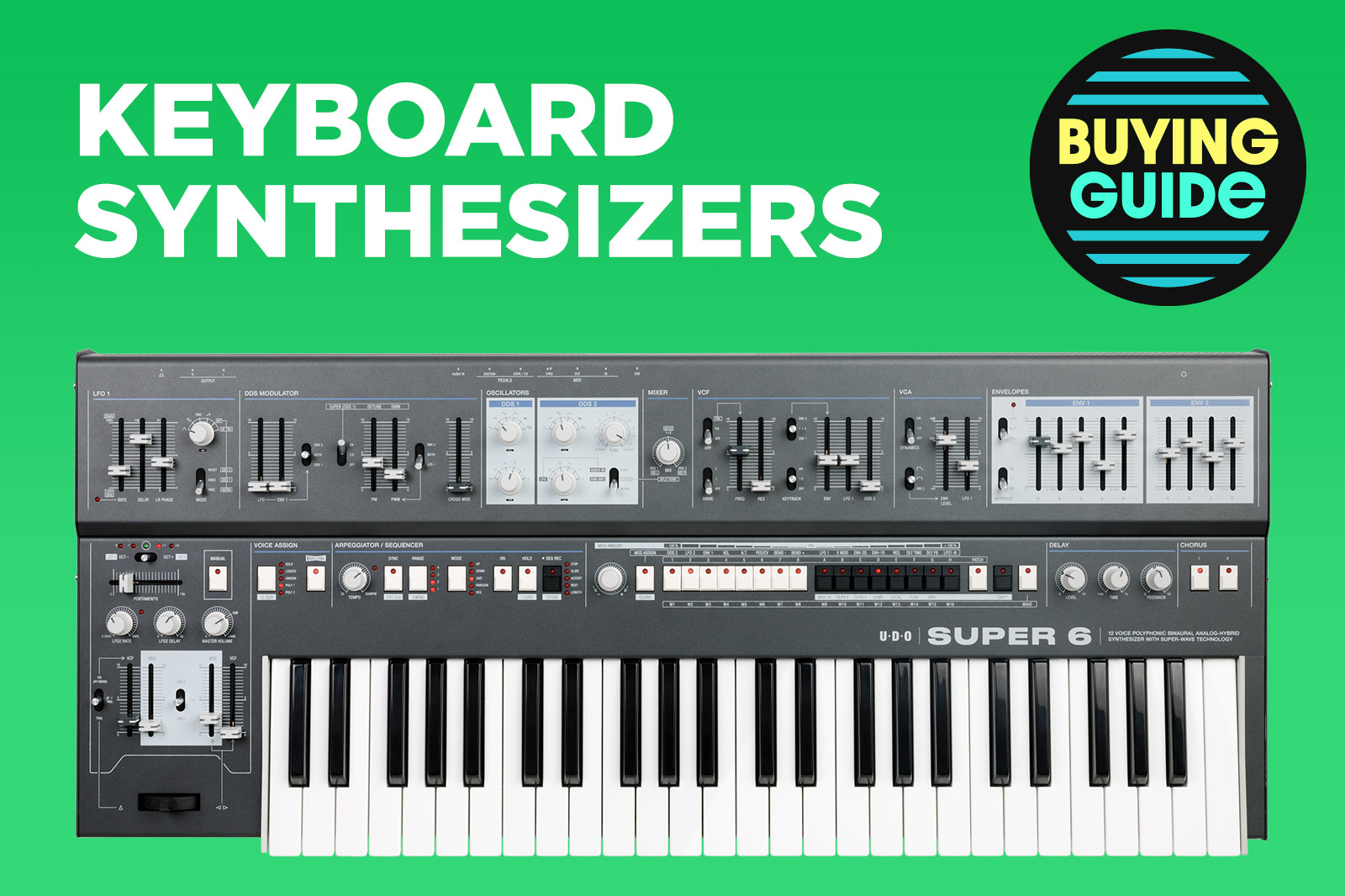 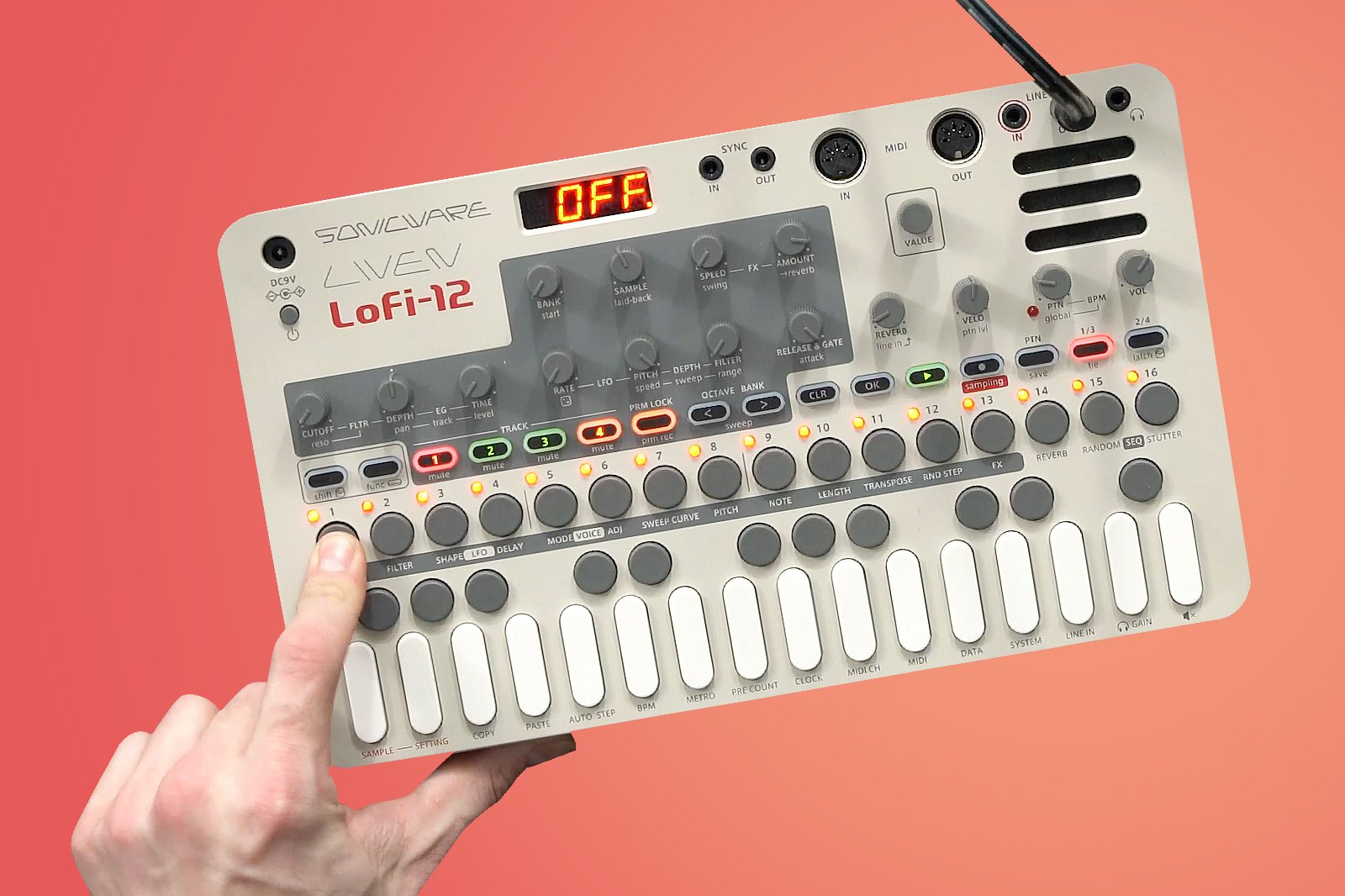 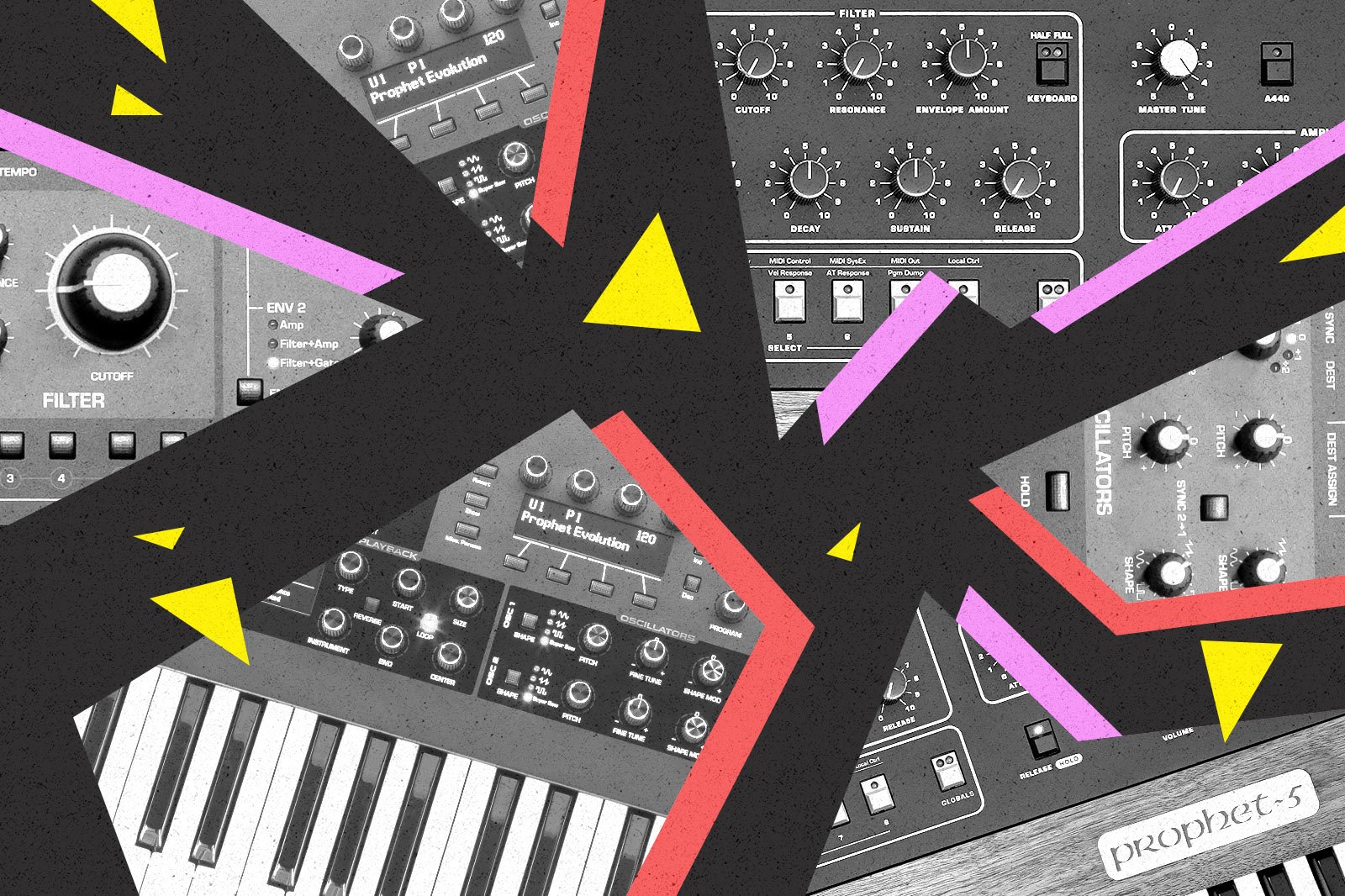 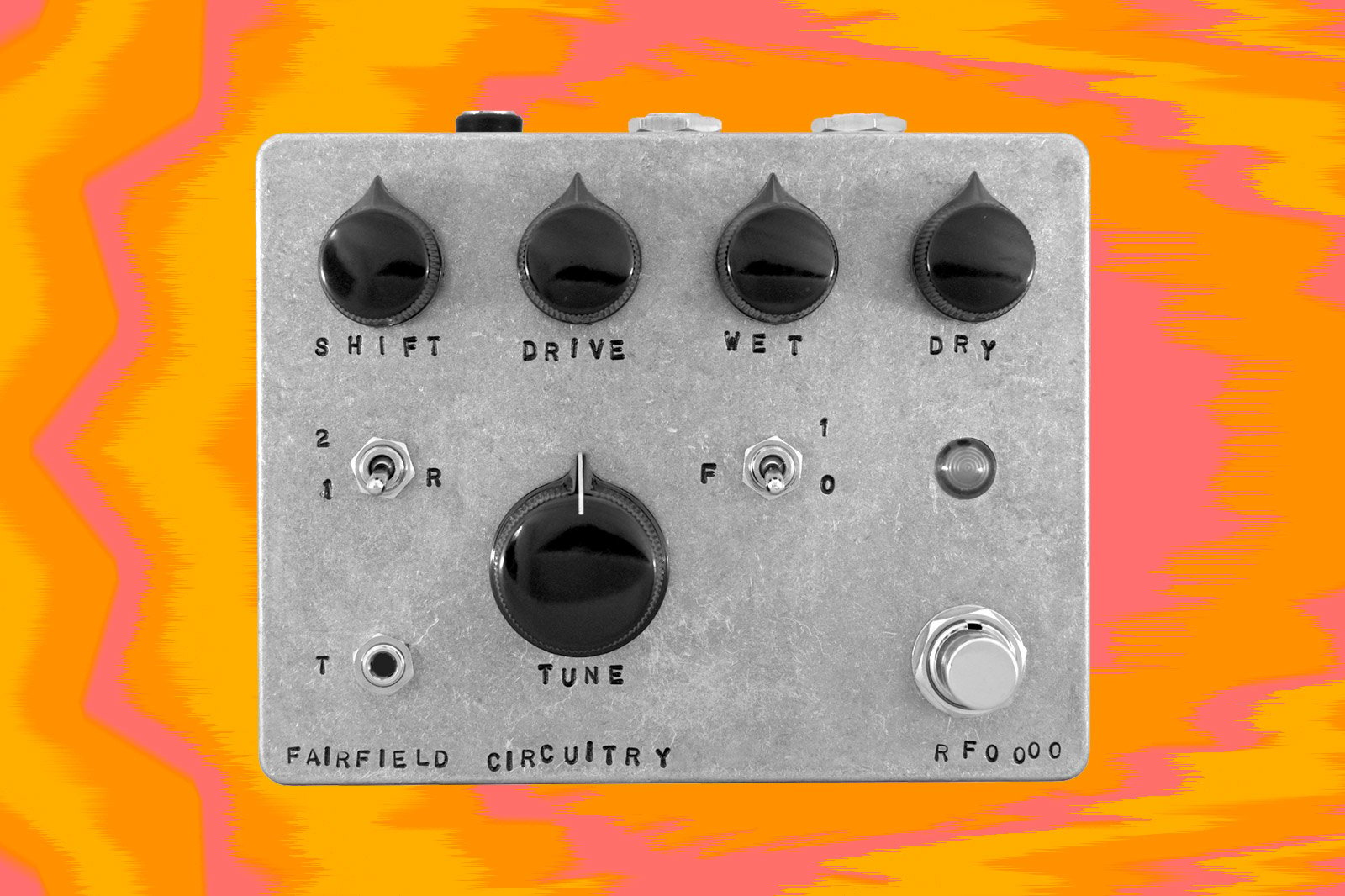 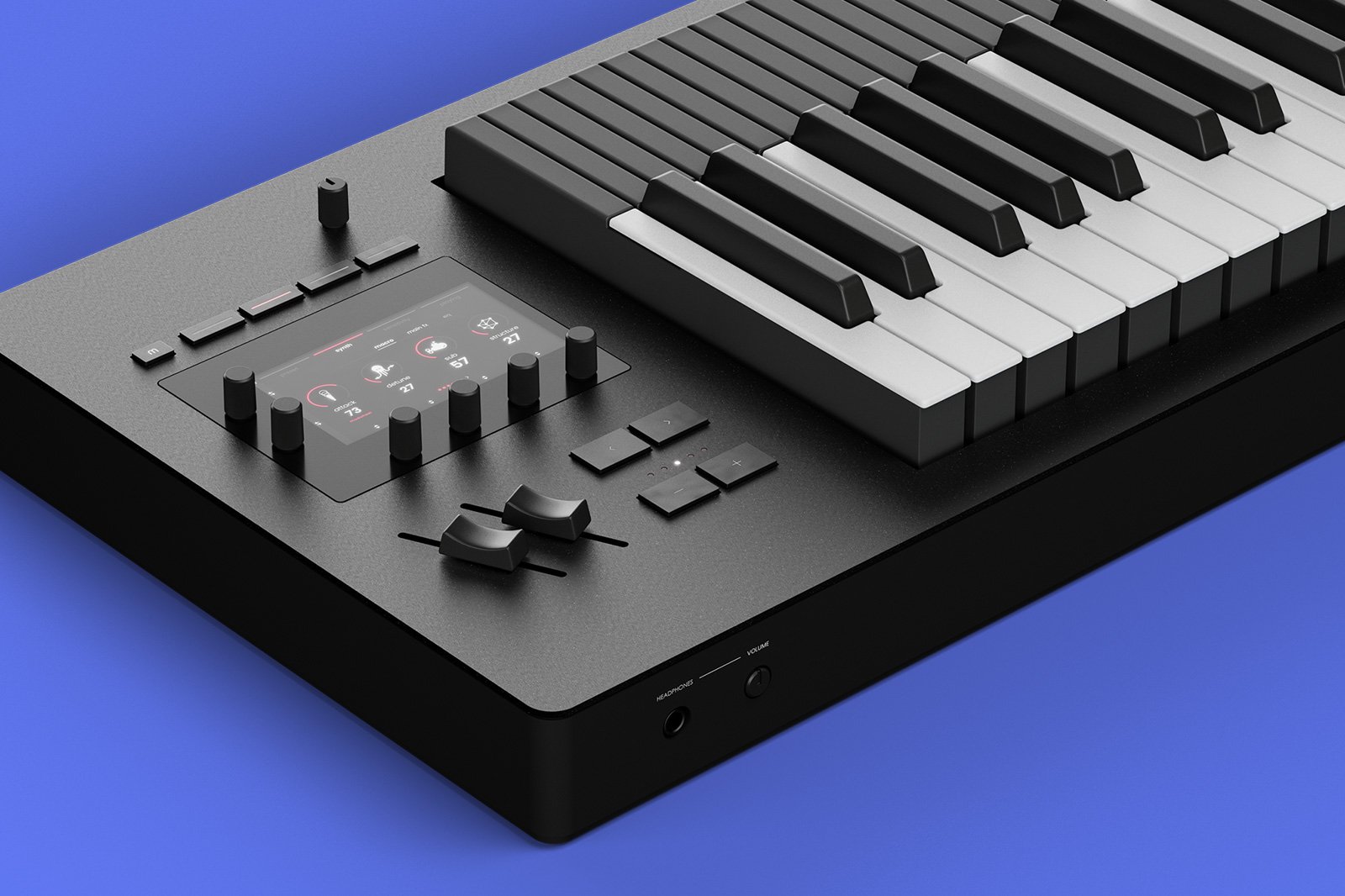