Between fully-featured grooveboxes and the steady stream of cool Eurorack modules coming out these days, there are more options than ever for building out a robust hardware rig for making electronic music. Don't get us wrong—we still love DAWs and music software, but they're not the sole means of music creation. Whether it's just for spur-of-the-moment jams or a desire to stay away from computer screens after a long day at work, it's hard to beat the immediacy and convenience of hardware instruments. And with the number of tools out there now, there's an abundance of artists pushing out cool bops and jams on hardware-only performance setups.

Redstripedown, the artist name of our pal Corey Sterling, is one exceptional example of someone that has iterated upon a core selection of instruments to find something that really works for them. After several years of exploration through recording and performing his music, Corey knows precisely what he wants to achieve with his rig. As a result, he has chosen tools that offer him plenty of sonic versatility while keeping things elegantly simple in terms of routing and connections.

Corey was kind enough to film a rundown of one of his favorite hardware setups, featuring some of our favorite Elektron pieces as well as a Eurorack system loaded up with a selection of voices and effects modules. Check out the video above to hear some sounds and perspectives from the man himself, and read on for a more detailed breakdown of his setup and music-making process.

Breaking Down The Gear and Getting Connected

Building a hardware setup for electronic music doesn't have to be incredibly complex, so long as you spend enough time experimenting and developing your own preferences for gear and workflows. Much as you would spend time practicing fundamentals like scales, arpeggios, and chords on a traditional musical instrument, it's important to gain muscle memory and fluidity on synths, drum machines, and samplers for them to become effective members of your own setup. Corey has specifically spent countless hours exploring Eurorack modules and Elektron boxes, and those will serve as the primary components of the setup we'll be looking at today. 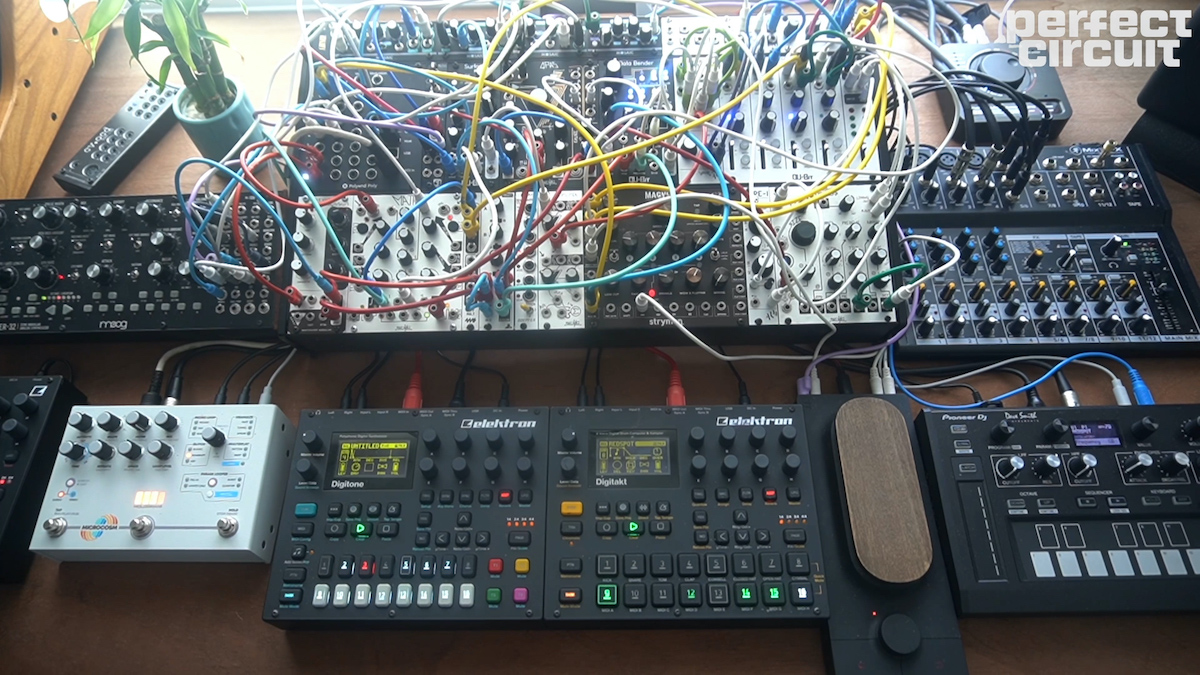 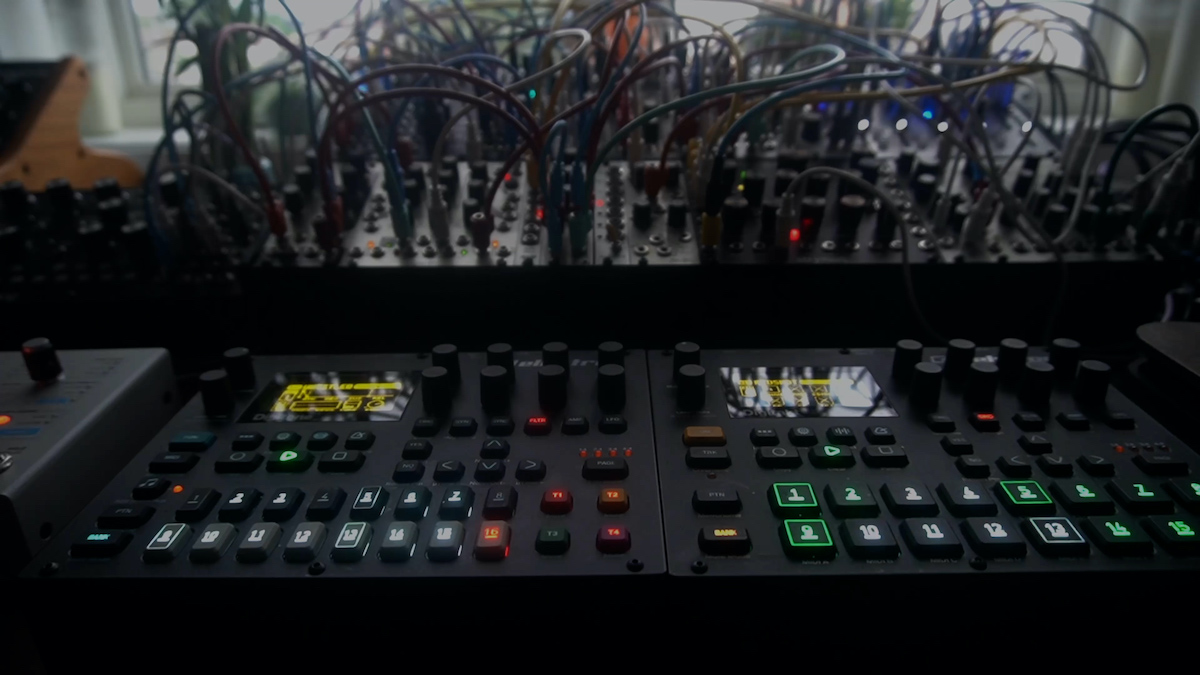 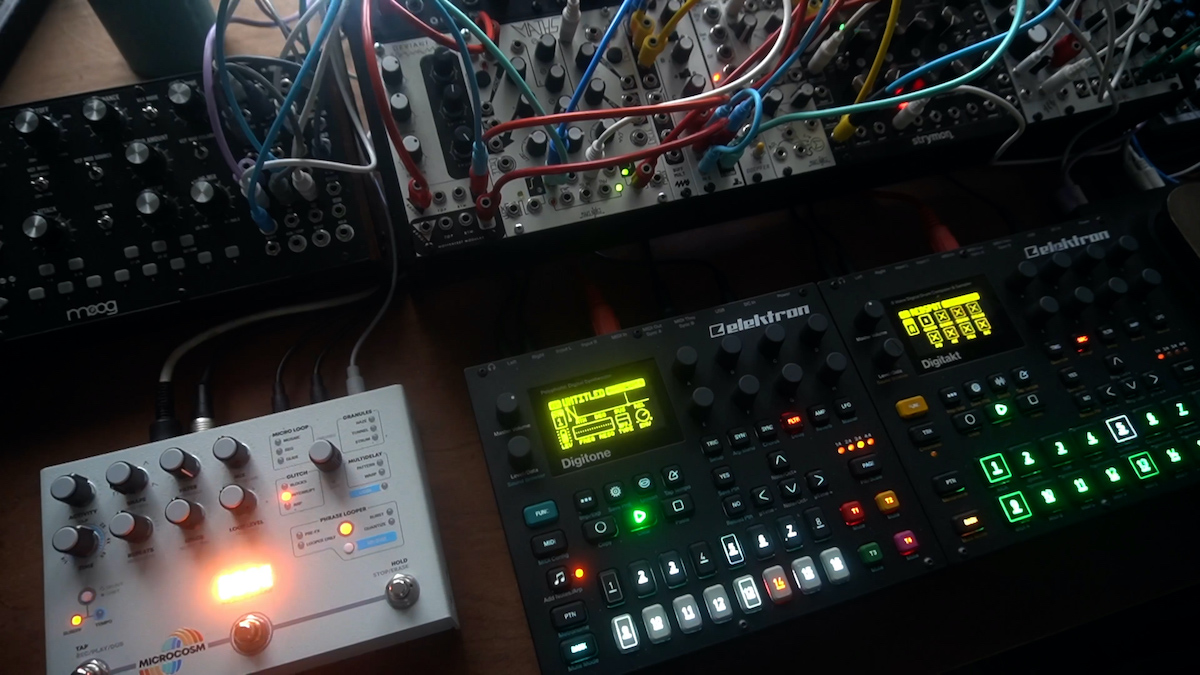 Serving as the "brain" of this redstripedown rig is the beloved Elektron Digitakt, which dishes out both audio and MIDI to be used by other instruments. As far as MIDI is concerned, the Digitakt is the main sequencer of the pack and passes data and clock signals around to anything that needs to make sound or sync up to the tempo. In Corey's case, this includes the Digitone, the Pioneer and Dave Smith collab Toraiz AS-1, Hologram Electronics Microcosm, and finally the original version of Polyend's Poly MIDI-to-CV Eurorack module. Not only does this mean that other instruments, sequencers, and effects are fully-controlled and locked into shared timing, but even his Eurorack system gets in on the fun thanks to the Poly—we'll talk more about this in a bit.

In terms of audio routing, Corey keeps things fairly straightforward here, too. Everything eventually ends up together in a Mackie Mix12FX, but a couple of items do pass through his modular case, namely the Digitakt and Toraiz AS-1. Processed by the Make Noise QPAS then Qu-Bit Data Bender and Strymon Magneto, respectively, Eurorack effects modules like these are great for creating dynamic and continuously evolving sounds, rather than the set-and-forget approach taken by certain guitar pedals. Of course, there's nothing wrong with that, but it's just another way that Corey likes to shape the sounds coming out of the Digitakt and AS-1.

Now, choosing instruments and pieces of gear for a hardware setup is one thing, but assigning roles and actually getting down to the task of making music is another process entirely. As we've already seen with this iteration of redstripedown's setup, simplicity can go a long way, and sticking to what certain devices are best at is often the best approach. 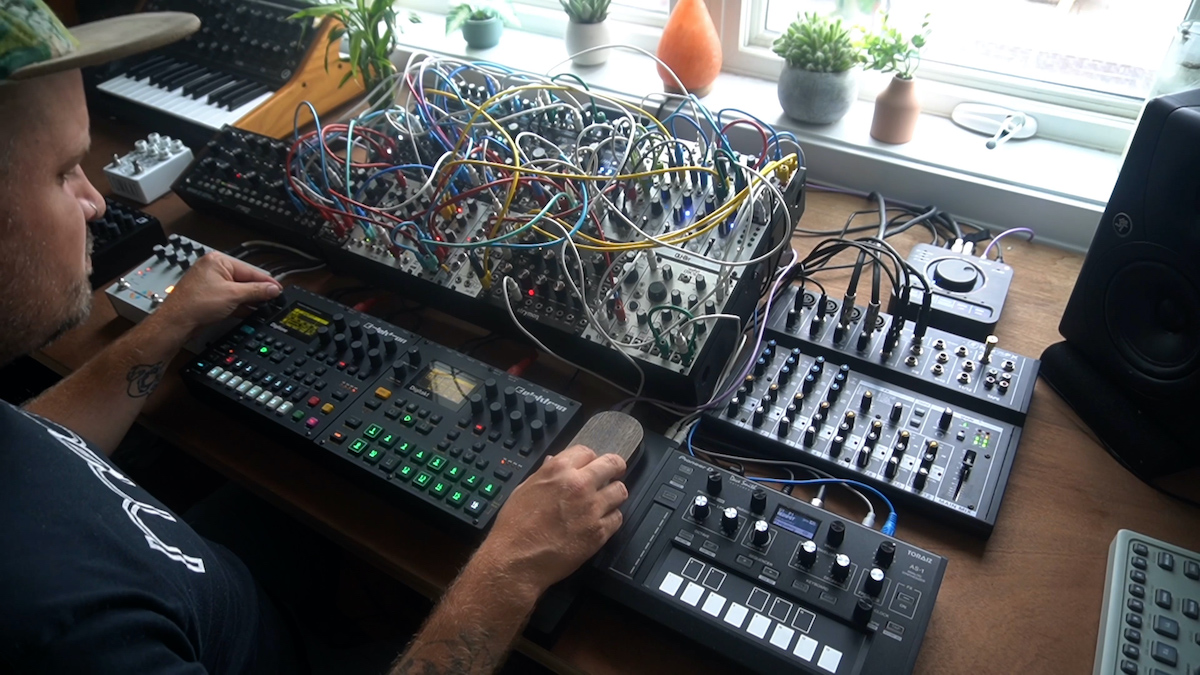 The Digitakt is one of the best boxes around for both audio and MIDI sequencing, and Corey's setup exemplifies why it's so great at what it does. Eight tracks of sample playback and mangling plus eight tracks of MIDI affords lots of flexibility for controlling other instruments that don't have their own sequencers. Paired with an eight-channel MIDI-to-CV converter like the Poly, it's easy to set up each MIDI track on the Digitakt to correspond to each channel of the Poly, which can then be patched around a modular system to control other modules in a variety of ways. Between pitch data, clocks, and Digitakt's MIDI LFOs routed into the system, Corey has everything he needs to control voices and effects with ease.

Between his various standalone devices, redstripedown has a ton of sonic ground covered: subtractive synthesis, FM, and sampling. In the video, Corey mentions that the primary purpose of the modular case is to enhance other instruments through effects processing, which we discussed a bit above. Between the Polyend Poly, control voltage generators and processors like Maths, and the various effects, there are definitely plenty of ways to do so, but any leftover space in the rack can also be used to add additional sounds that are otherwise missing. Physical modeling voices like Qu-Bit's Surface and Mosaic's Plucked String are a good choice because they don't necessarily require external filters, envelopes, or VCAs, and they can offer polyphony when needed. All Corey needs to do is patch in pitch and gate CV from the Poly, program in notes on the Digitakt, and he's immediately supplementing his grooveboxes with more sound options.

Of course, there's an infinite number of ways to assemble a collection of hardware instruments to accomplish your goals. But it's always nice to see an example of something that works well and still leaves plenty of room to learn, grow, and explore. We're super stoked that redstripedown was able to share some of his time with us and offer some pointers and insight into how he thinks about things, and we're sure that it will serve as an excellent reference point for anyone interested in exploring hardware for themselves. 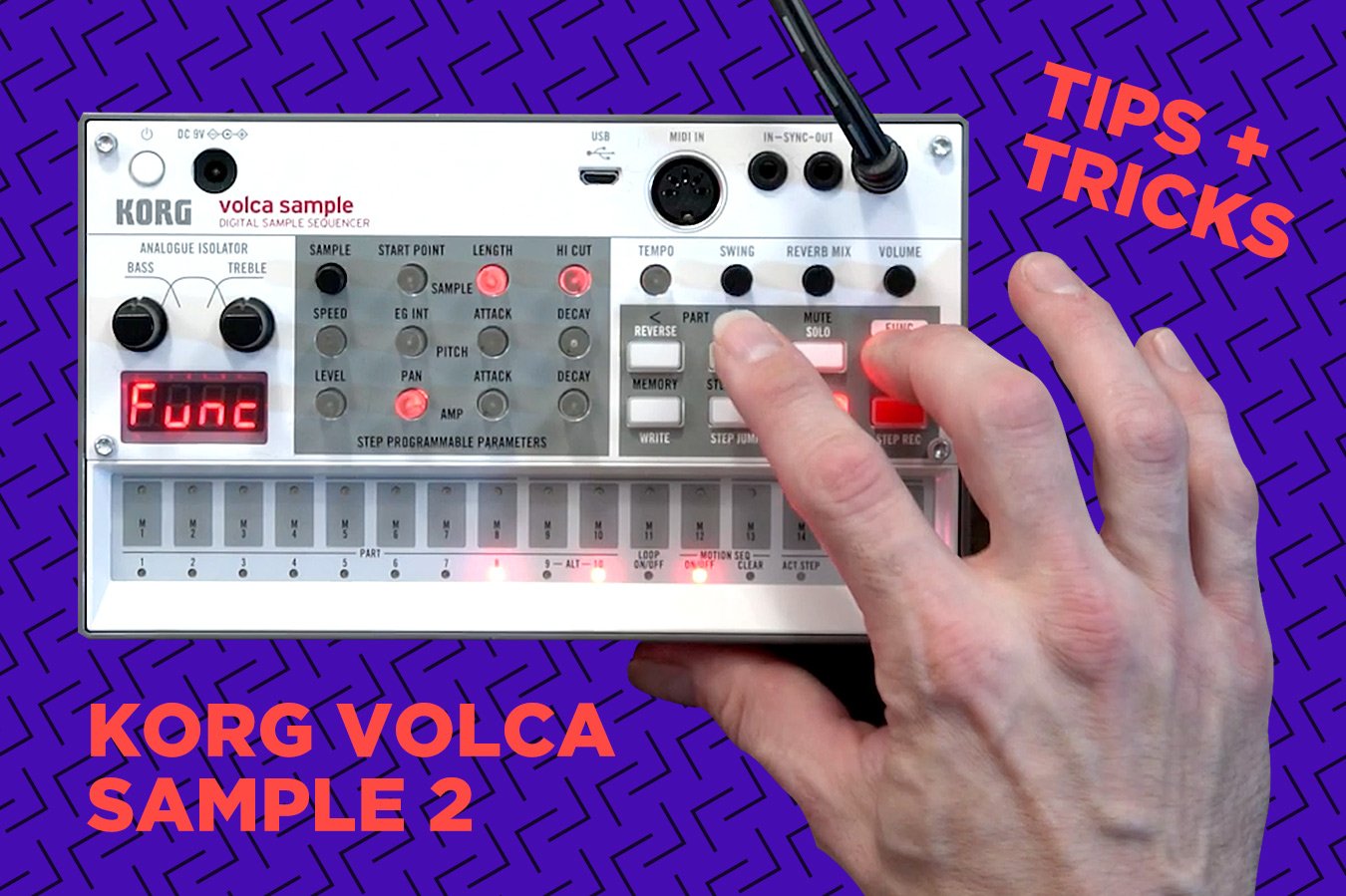 Getting Personal with One of the Best Budget Samplers 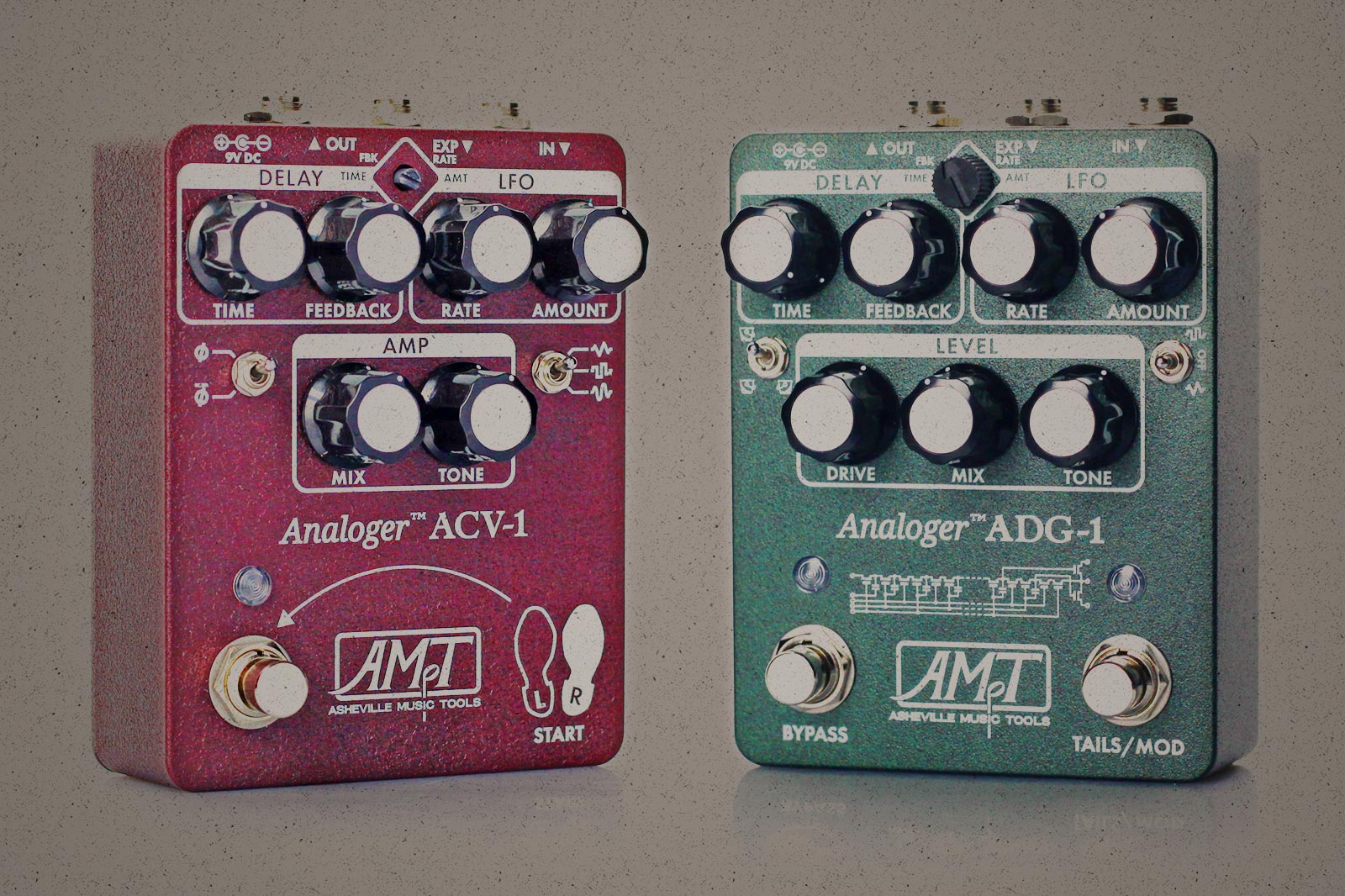 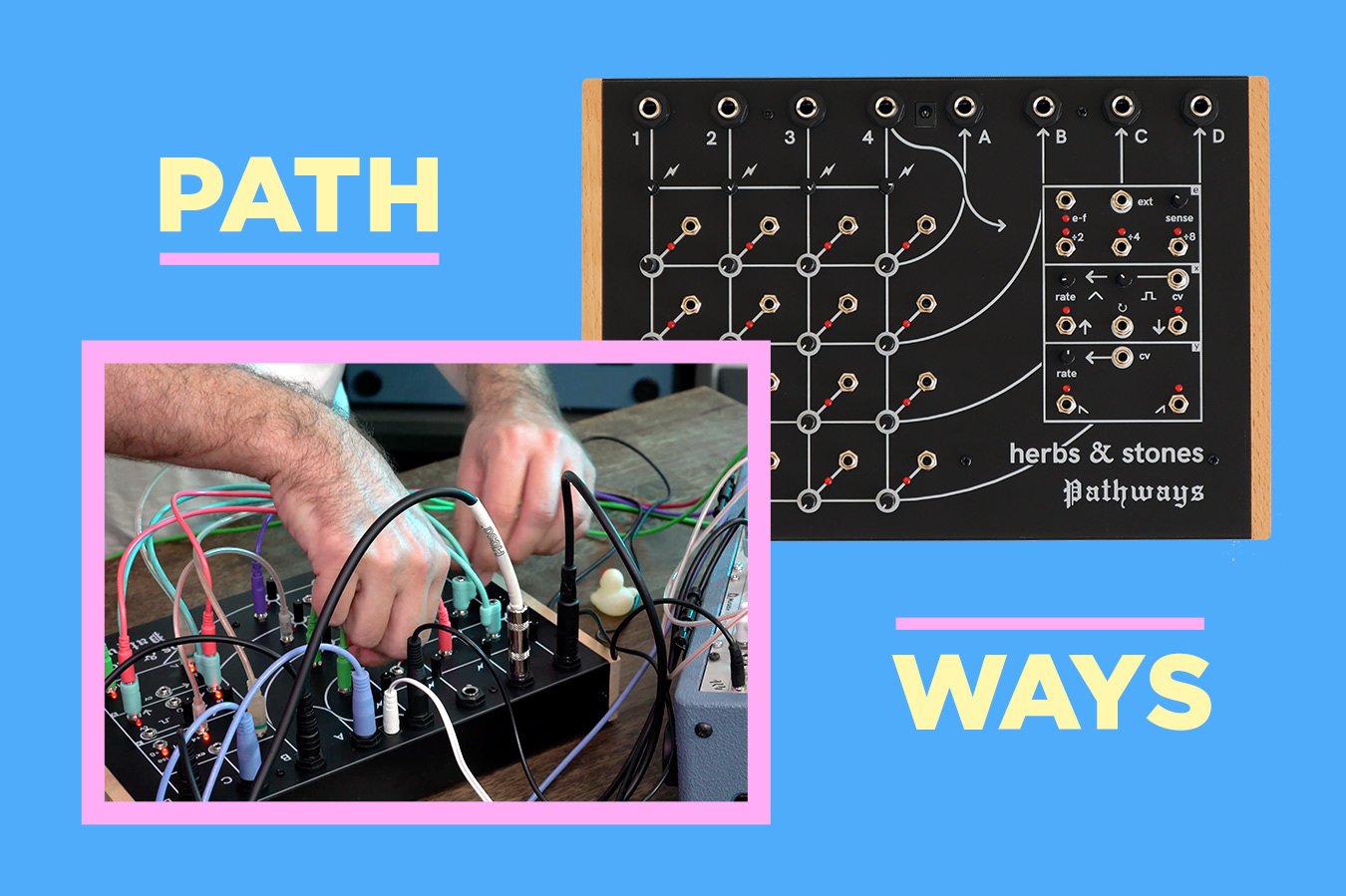 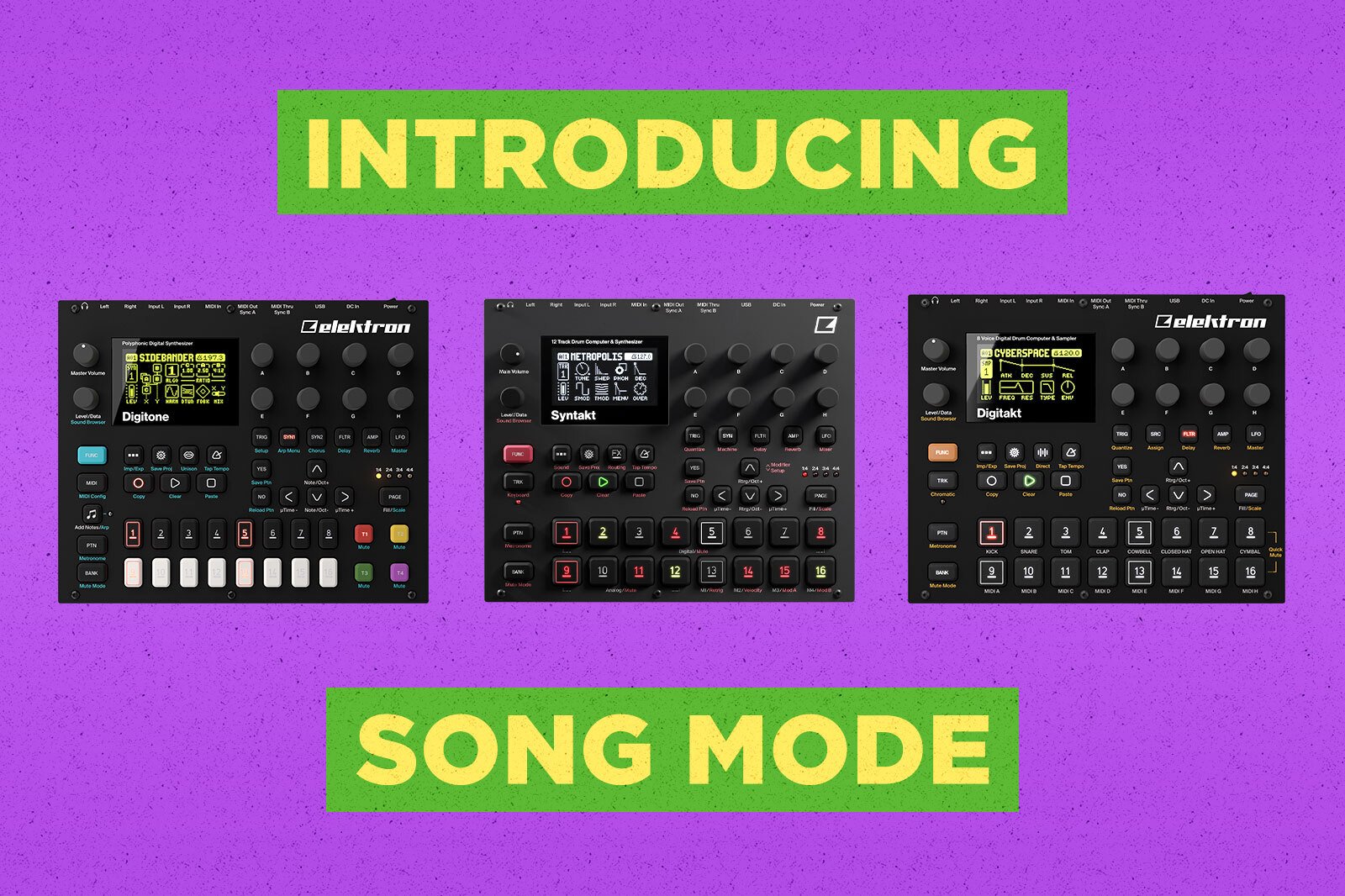 Digitakt, Digitone, and Syntakt are Better Than Ever! 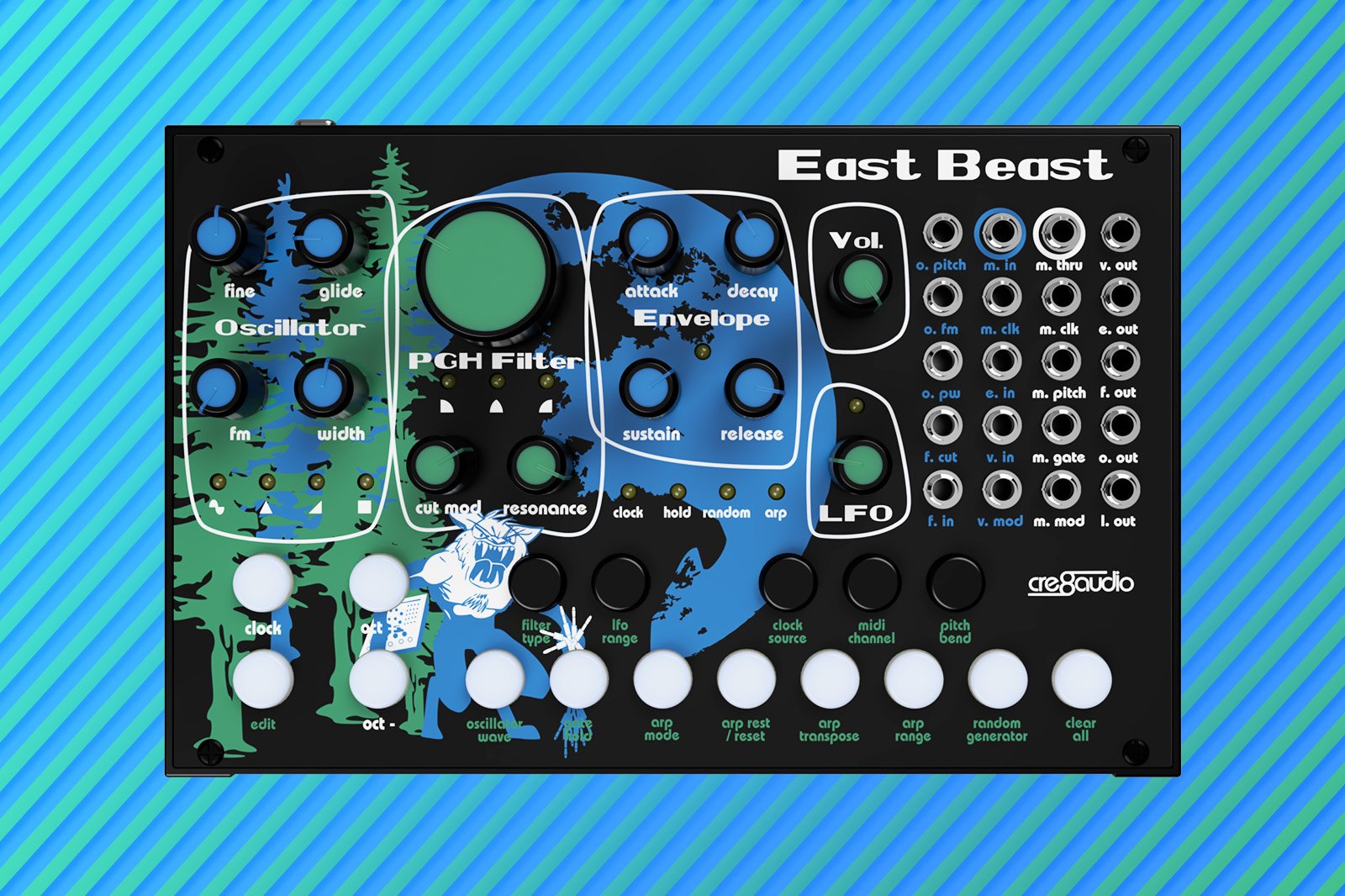