In one of our recent episodes of Perfect Circuit Chat our hosts Trovarsi and BBoy Tech Report caught up with Patrick O’Brien (aka POB Energy)—a modular synth performer whose name not only resonates with members of his native Los Angeles synth community, but also with many people across the globe who know him through virtual Instagram and YouTube performances, as well as his informative tutorials on Noise Engineering modules.

POB has been into Eurorack modular synthesizers for a while now. In fact, his early experiments with the format coincided with the emergence of Modular On The Spot—a (now national) modular synthesizer performance series originally started in 2014 by Bana Haffar and Eric “Rodent” Cheslak. Rarely missing the “modular picnic,” Patrick, along with a handful of other local synth-heads, established himself as a core member of the Los Angeles Eurorack scene, and since both Bana and Eric relocated from Los Angeles, he has been acting as one of the organizers of MOTS.

Patrick opened our chat with a dynamic live performance, thus setting the mood and a starting point for further discussion. Patrick performs his signature blend of interweaving melodies and textures atop a strong rhythmic core. As pointed out by BBoy Tech Report, POB's live sets always have that underlying unique flavor, yet they always remain diverse and never quite repeat themselves.

Years of POB’s fascination with modular synthesizers become immediately apparent as we are virtually teleported into Patrick’s home studio—half-living space and half-Eurorack synth. Despite the abundance, it doesn’t seem that Patrick simply collects modules, he thoughtfully rearranges them, composing smaller performance-focused systems with which he then composes music.

Highlights of the Patch

In explanation of his performance patch, POB mentions that these days he likes to limit himself to three rows of modules at a time. He then creates a patch that he keeps for extended periods of time, exploring all the possible musical variations it can produce. This work ethic was evident even years ago, when Patrick was making his first modular synth videos. Back then he limited himself to working with a single one row skiff, about ten modules. The benefit of such practice is that it really forces the user to maintain focus, and learn all individual components extensively, which are crucial skills to gain before one can start to comfortably upscale their synth patches.

While many beginners struggle with the question of where to start, most experienced musicians have a handful of favorite tools and instruments that they always resort to. Being the latter, POB shared with us a few of his favorite modules that always seem to find their way into his patches. Patrick opened his live set with a bassy drone, shaping its timbre with the Intellijel Planar 2. That sound belongs to what POB calls one of his favorite oscillators, Mannequins Mangrove—a unique VCO capable of producing earth shattering low end growls, as well as unmistakable rich vowelly tones.

QuBit Electronix Octone takes care of much of the melodies in the performance patch, and the mini sequencer is deemed by our guest as his favorite module period. Melodic sequences are at the heart of POB’s compositional style, and although the Eurorack market is now filled with all sorts of insane sequencer devices, Octone seems to provide some particular combination of workflow and feature set that just make it the best candidate for the task. This reveals an old wisdom that sometimes simple tools are just the best.

Naturally, the next stop in POB’s description of his patch lands on Noise Engineering modules, known for their unapologetically industrial sound that cuts through every time. Again, Patrick gives a shout out to the module that can be easily overlooked in Noise Engineering’s prolific output—Ataraxic Translatron, an 8-bit oscillator inspired by the chips found in vintage gaming consoles like Atari VCS. In mere 4HP, Ataraxic Translatron packs a massive sound that comes in a flavorful variety of twelve digital waveforms. He also makes mention of the company’s recently released series of distortion modules, which range from subtle overdrive to obliterating full wave rectifiers.

It wouldn’t be an overstatement to say that POB has a special relationship with Noise Engineering modules, as he often is trusted by the brand to create demo videos for their devices. This practice alone, Patrick says, has forced him to learn the modules inside out, ensuring a necessary state of comfort with the instrument during live performances.

Making those demo videos themselves is a challenging task in itself, just like anything else that requires to be informative and entertaining at the same time. To conquer this hill, POB strives to accomplish three things in every demonstration video he makes:

3) Finally, for the most curious, go through all the features and modes of the unit, leaving no stones unturned 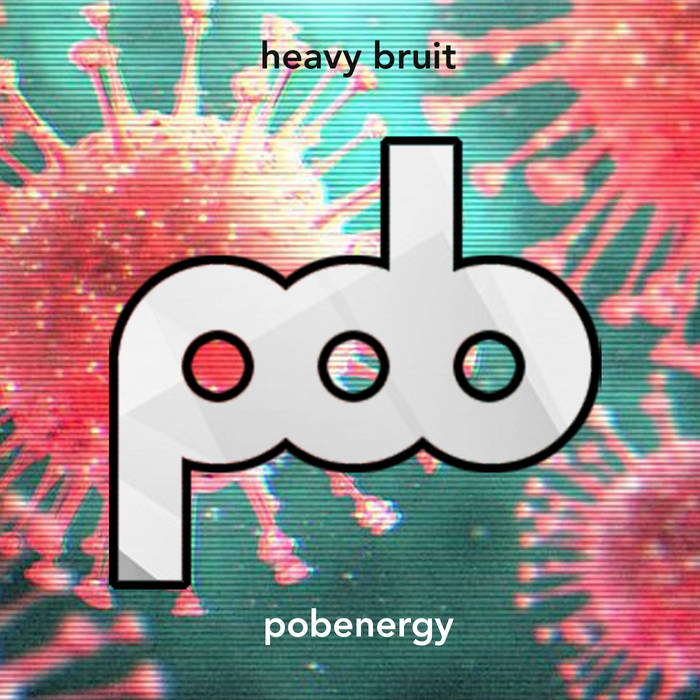 There is no need to remind anyone reading this article about the strangeness of times all of us are going through at the moment. For some it is more difficult than for others, yet the spike in output from the creatives and countless daily livestreams reveal that isolation only pushes us to find new ways of communicating, and all of us find our own ways of doing so.

For many musicians, quarantine has proven to be quite a productive time to create and release music, and our guest is no exception here. On March 22nd POB released a 37-minute long modular jam that he recorded while on safer-at-home order. The recording is pertinently named Heavy Bruit and captures the time through the lens of POB’s sonic flavor of distorted beats, fast-pacing synthetic arpeggios, and digital textures. Check it out here!

With such a wealth of experience with modular synthesizers, as well as deep integration with the scene, POB sure has some tips for those who are just starting out with modular synthesizers. Approaching something as complex as a modular synthesizer bears the same rule applicable to eating any metaphorical elephant—you take it one piece at a time. POB suggests starting with a small case like 4ms POD and stuffing it with all the basics, such as a VCO, VCA, Envelope, a Filter for some character, and perhaps a controller/sequencer which can also be an outboard unit like Korg SQ-1. This self-imposed limitation would force you to learn these modules thoroughly, and, perhaps more than that: to push your creativity, which will inevitably result in some interesting discoveries.

The next step is to open yourself up to the community, both online and, if your city has a scene, in real life. Patrick urges all the beginners to go to synth shows, ask performers questions, comment on YouTube videos, ask for advice from more experienced friends. In taking such an active position you surround yourself with likeminded people, and plant the seeds of knowledge that will undoubtedly grow into delicious fruits.

Finally, you can grow your system as you feel necessary. Every new module holds a potential for new ideas, discoveries, and an overall deeper understanding of the field of sound synthesis. So keep experimenting, and you will be rewarded.