Novation’s second luxury synth is a mighty follow-up to its powerful predecessor, 2017’s Peak. It shares the same New Oxford Oscillators, multimode filter, and overall voice architecture as the Peak...but with 16-note polyphony, bi-timbral operation, and 61 keys, the Summit is more like two Peaks rolled into one, plus a keyboard and more than enough controls to easily take you to a wide range of amazing sounds.

From the Peak to the Summit

Obviously, the keyboard is new, but the front panel builds on Peak’s layout with a couple key additions. In the Summit, there are dedicated controls for FM, allowing for the easy creation of rich, dynamic FM tones. There are also several more knobs for LFOs, effects, and even bigger sliders on the envelopes. This allows for more precision and variety in sound creation, making the Summit a rich tool for producers across genres. Of course, bigger panels come with a downside: while the Peak was small enough to transport and play live, the Summit is likely too big to leave the studio. But when it sounds this good, you won’t want it to.

Perhaps the best part of the Summit is its two part feature. On the Summit, players can split the keys and generate two separate patches that can be layered, split or blended on top of one another. This is perfect for playing a bass in the left hand and lead in the right, for example, or for layering two slightly different ambient patches for a lush texture.

One feature that sets the Summit apart from the Peak is its audio inputs. Unlike the Peak, it can receive audio from an outside source, meaning one can plug in another instrument and instantly use the Summit’s onboard effects as an effects processor. Even cooler than that, though, is being able to use the Summit’s controls to manipulate the sounds on your other instruments. This sounds particularly good on an external drum machine. What’s more, because of the ability to split the voices on the synth, it’s possible to play the Summit at the same time as processing the external instrument.

The Summit carries the same New Oxford Oscillators as the Peak before it.
× 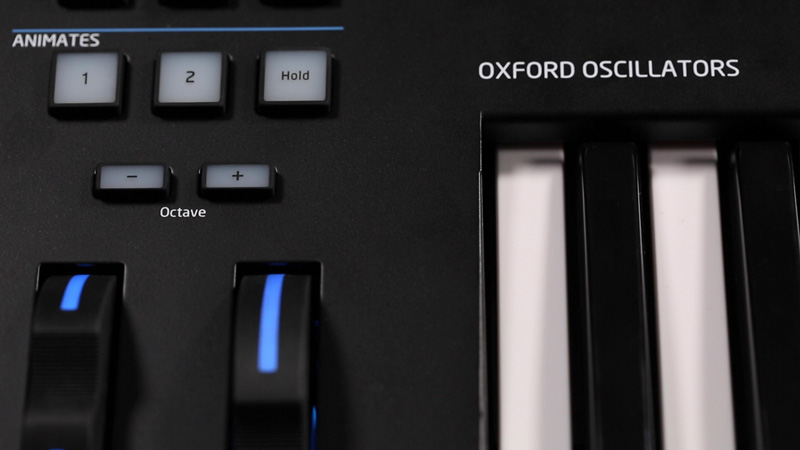 The Summit’s presets are noticeably more varied than the Peak's. In particular Bank C, which was built by Dutch producer Legowelt, hosts an array of delicious sounds that are able to be richer given its bi-timbral capabilities. Its analog filters, VCAs, and distortion combine with the digital oscillators for rich and warm patches that will please even the most experienced synthesist.

Compared to similar synths, such as the Sequential Prophet 12 or the Roland JD-XA, the Summit is a relatively affordable and great-sounding choice for producers looking for a workhorse synth to anchor their set up.