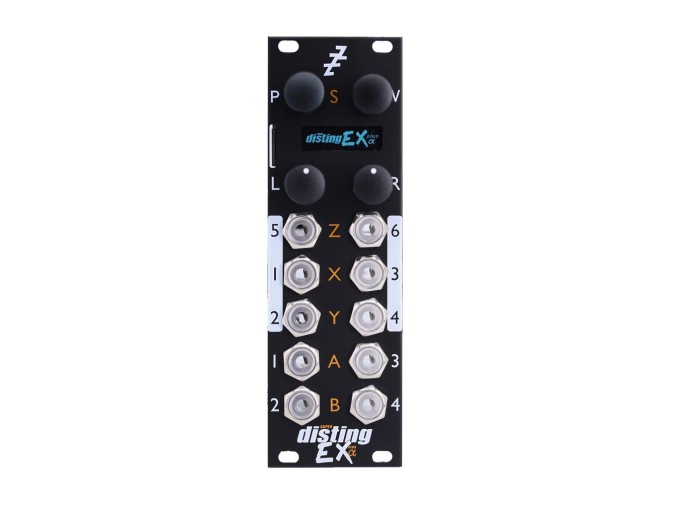 Taking the features of perhaps the best Eurorack module and doubling them, the Expert Sleepers Super Disting EX Plus Alpha is the most powerful incarnation of ther multi-function utility to date. Capable of operating as two Distings simultaneously or one super-powerful Disting, the EX Plus Alpha brings unprecedented processing power to Expert Sleepers's utility module paradigm.

Ever need just one more utility for your Eurorack system? One more VCO, one more LFO, one more random generator, one more quantizer? As with the prior versions of Disting, the Super Disting EX is capable of performing an astounding array of standard synthesis functions—and because its inputs and outputs are DC-coupled, it is great for processing and generating both CV and audio signals.

Super Disting EX Plus Alpha is capable of running all the traditional Disting algorithms, and additionally includes new modes not possible on prior models—including a tape-style delay, eight-voice polyphonic sample player, and even a WAV recorder. And of course, given the power afforded by its updated processor, EX Plus Alpha will boast even more exciting algorithms as time goes on.

Ever feel like you just need one more Disting? Well, here's two in one—the Super Disting EX Plus Alpha.