The Mojave Desert Modular Experiment is a project dedicated to the exploration of how modular synthesizers can be integrated into a variety of workflows. We partnered with four acts from Los Angeles and together developed five custom modular systems that matched the individual demands of the performers. Artists practiced for a couple of weeks with the systems, and we then spent a weekend in the Mojave Desert filming their remarkable performances and talking about their experiences. The accompanying articles provide a glimpse into the decision-making processes that went into configuring each system, as well as descriptions of the functions of the modules and patch examples.

Zachary Paul is a violinist, composer, and improviser from Los Angeles, CA who masterfully puts the audience in a trance-like state with his music. His solo performances often involve long, evolving improvisations with a violin and a small collection of guitar pedals. In his live sets, Zach manages to eloquently construct whole sonic worlds filled with evocative textures and melodies. Besides his solo work, Zach also lends his violin skills to a variety of bands and artists. 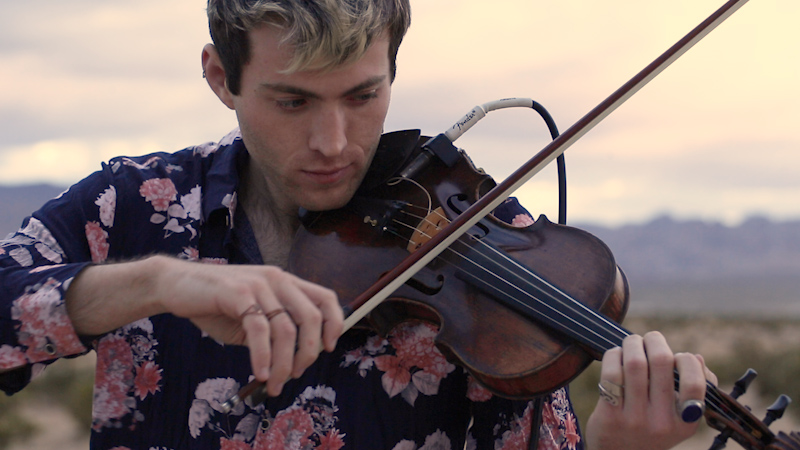 The modular system that we’ve created together with Zach aims to provide a more flexible alternative to his pedal chain, altogether acting as an advanced sound processor. Unlike in traditional pedalboards, the routing of effects in Eurorack setups can be changed very easily, even during the performance itself. Also, decoupling of modulation sources and sound sources offers a more surgical approach to sound design, allowing the composer/performer to make executive decisions on what elements of the effect processors need modulation, when, and how much.

Dustin Wong & Takako Minekawa is a marvelous electro-acoustic duo whose performances are always brisk and full of unexpected turns and pleasant surprises. Dustin and Takako’s live setup changes from show to show and can feature anything from vintage Casio SK-1 samplers to found objects, speakers, and glasses of water. Although individually both Dustin and Takako are prolific musicians, there is something special about the energy and chemistry when they share the stage. 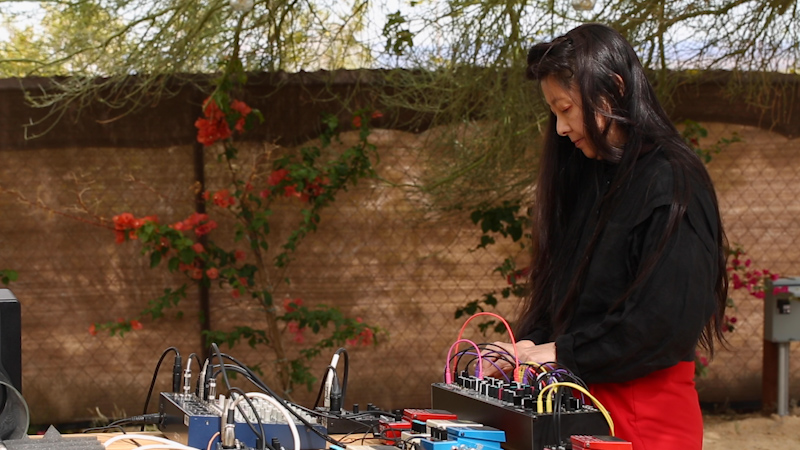 We developed a compact modular systems with each of the artists, with manual control and integration of acoustic sounds being the only common features between them. Dustin’s setup was built around the concept of FM synthesis, fit for out-of-the-ordinary noisy percussion. Takako’s modular synth was filled with physical modeling synth voices ready to generate heavenly tones at any moment. Together, the systems united in a sonic blend unlike anything else.

Patrick Shiroishi is a master-saxophonist and improviser from LA who effortlessly sails between free jazz, noise, drone music, and much more. His live setups can be as simple as performing with a single unamplified saxophone or relentlessly manipulating the sound of his instrument through a chain of carefully selected guitar pedals. Patrick often keeps the listeners on the edge, completely fearless in his explorations of the extremes of sonic experience. 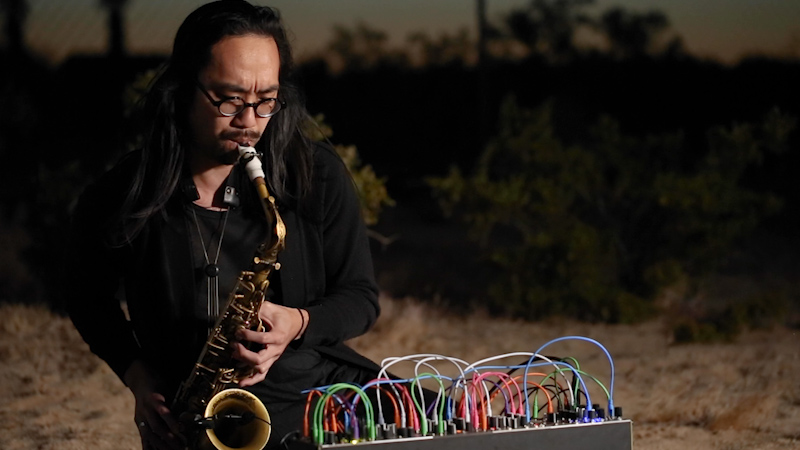 We envisioned Patrick’s system as a machine-collaborator that would dynamically respond to the intricacies of his playing. The centerpiece of the setup is a highly reconfigurable complex sampler apt for granular processing. However, as we wished for the system to be capable of autonomous behavior, we complemented the sound processors with a complex modulation source. We’ve also added a few effects for even more possibility of altering the sound.

Dillon Bastan is a multimedia artist, performer, and a developer of audio plugins currently based in Los Angeles, CA. Dillon spends his days designing interactive installations, one-of-a-kind electronic and electro-acoustic instruments, and developing software instruments for the world’s community of musicians. None of his live sets ever look or sound the same, although there is always a distinct signature in everything Dillon does. 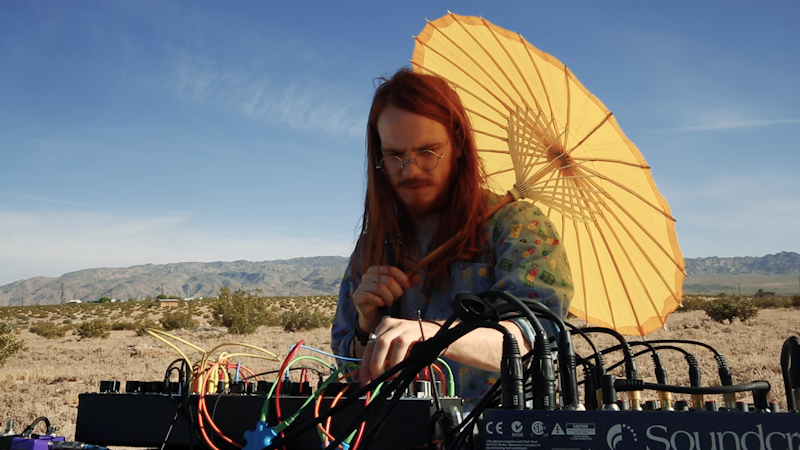 We have designed Dillon’s system around the principles of a groovebox: a self-sufficient music production instrument adapted for rapid, improvisational generation of intricate musical patterns and loops. Taking advantage of the Eurorack format, we were able to make a few twists to the original concept of a groovebox, replacing the traditional sequencer with a controlled source of random voltages. As a result, the process of interaction with the system felt much more visceral and fluid.