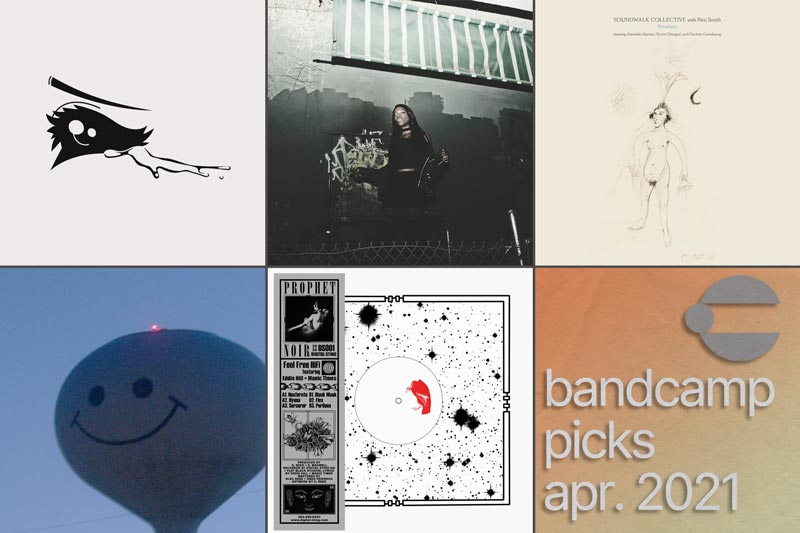 At the turn of a new month, Bandcamp Friday is back upon us! Take some time today to check out independent music on Bandcamp—you might just find your new favorite tunes while directly supporting independent artists and labels. We're sharing five albums that we've been digging lately—hopefully you'll find them inspirational, or perhaps they'll send you down the road toward something you've never heard before. So without delay, here are our top picks for Bandcamp music this month!

BXTCH SLÄP from Jasmine Infiniti catches your attention immediately and doesn't let go. The album pounds right out of the gate, featuring a sample from Lord of the Rings mixed with thumping kick drums and swirling ambience that circles the stereo field. It's a no holds barred onslaught of club bangers that are both captivating and majestic. The melodies represent a balance between haunting and catchy that linger in your mind well after the album concludes. 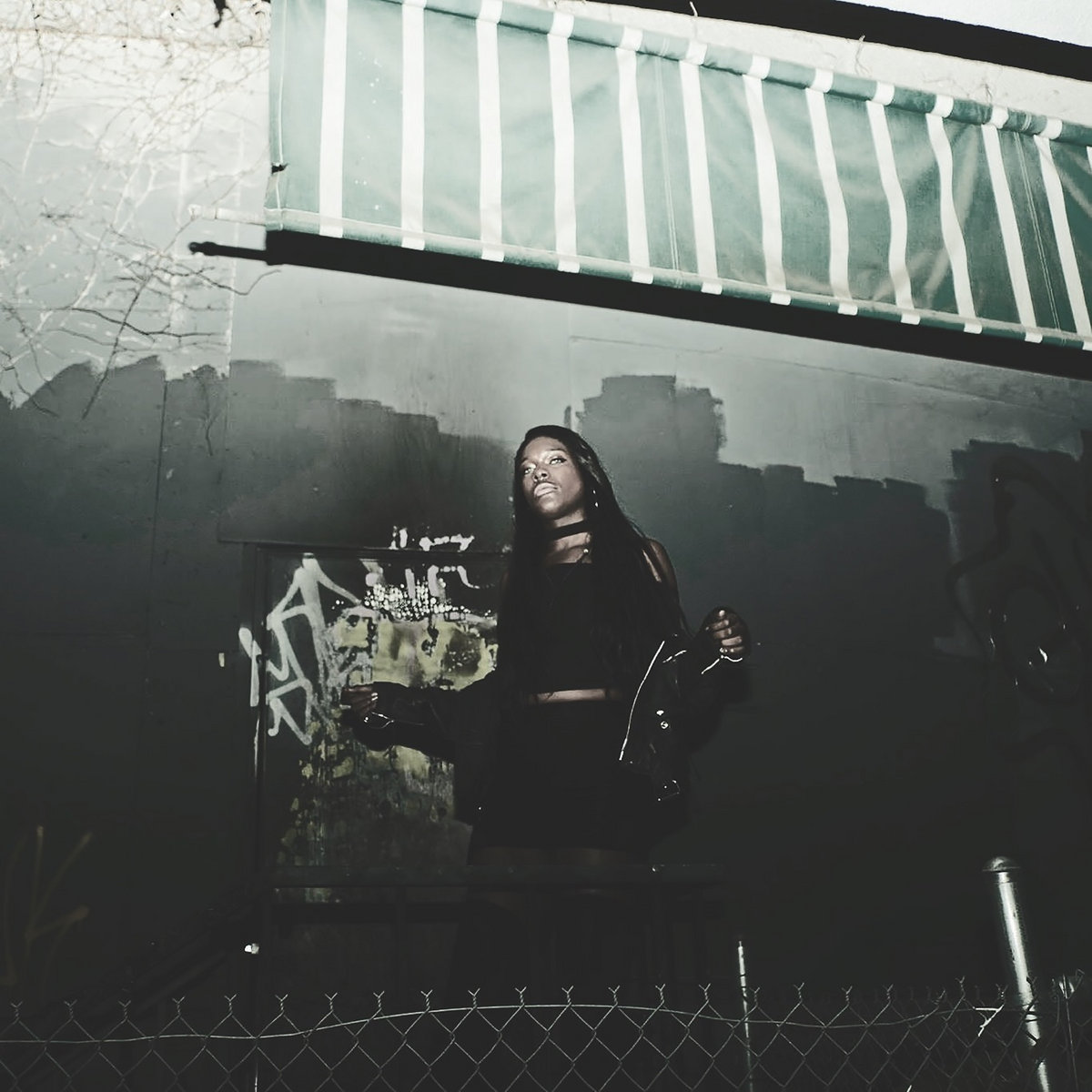 Tracks run the gamut from hardcore to electro to more traditional techno tracks while remaining a cohesive and well-put-together album. Jasmine Infiniti reaches back to the roots of techno, which has historically been black and queer, with an eye to the future. The album is in your face and unapologetic coming to you from ballrooms and dance halls. Infiniti carves a space for herself in the listener's mind with masterful skill that shines through on all the tracks.

You can almost picture yourself in a post-quarantine world, rubbing shoulders in a dimly lit room, free of inhibitions and the worries of the last year. The pulsing beats, enchanting samples, and resounding bass lines deserve a sound system capable of rattling eardrums. Released at the end of March 2020, the dancehalls and clubs were mostly closed when the album dropped. It deserves proper exposure to a larger audience in the intended setting. Not to say the album doesn't work on headphones or laptop speakers, as it remains just as alluring when listened to in a personal environment.

BXTCH SLÄP is raw and unflinching, a testament to the power of techno in this day and age. It draws inspiration from a myriad of sources and blends them for an outstanding performance.

Released back in April 2020, Granules is a hard-hitting release from Auvrel, the artistic alias of Ess Mattisson. If you've kept up with behind the scenes synth development, you might know Ess as one of the key developers behind the Digitone from Elektron. In fact, a Digitone was the only synthesizer used on this album, thus serving as an example of an instrument's development arc going full-circle, from concept through development and finally into a tangible object used by its creator in their artistic practice. 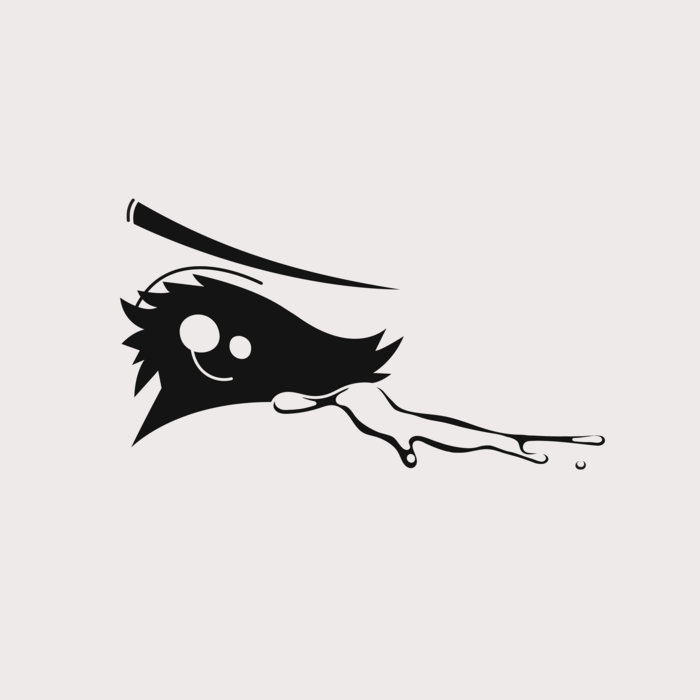 If your only perspective on FM synthesis is glassy pads and general DX7-ish sounds, Granules is a shining example of contemporary FM sounds, with a healthy dose distortion for good measure. Actually, the distortion itself is used with creative consideration, as seen in tracks like "Blinding" and "Out Nowhere" that push the Digitone's master bus distortion into nearly blown-out compressor/limiter territory. Rhythmic tracks engage sidechain-like pumping that affect sustained pads and melodies, and yet despite all of the overdriven instruments playing at once, things never go too far over the edge.

The music of Granules is written in such a way to have extended sections of heavy driven bass and drums punctuated by distorted, ghostly remnants of melodic content barely peeking up through the haze between hits, before succumbing to the wash again. "Teeth" showcases the rhythmic counterpoint at play that makes this possible—the dramatic, sustained melody which comes in about midway through the track mostly weaves around the drum pattern, allowing for notes and attacks to remain present in the mix before ducking down at the next heavy kick. And yet sometimes, dulled attacks and swells work to great effect too, as heard on the very next track "Forever Grind," having syncopated drums juxtaposed with a winding bass line and pads washed out with delay and reverb.

This release also makes use of one of my favorite Bandcamp features—when uploading music to Bandcamp, artists can bundle in supplementary content beyond just the audio files and artwork. Every purchase of Granules includes Digitone sysex files for the patterns used to make the album. If you have a Digitone yourself, there's no better way to gain insight into the creative process behind this release than actually having the patterns loaded up onto your personal instrument. It's effectively the synthesizer equivalent of having access to the original scores and same ensemble that recorded the music, and the fact that this is from someone who made the very instrument being used here is a real treat.

These days, aside from music, Ess is making compelling Max for Live devices and software instruments at Fors.

Soundwalk Collective is a bi-continental and in many ways truly nomadic experimental sound group whose work seamlessly merges elements of music, sound art, anthropology, ethnography, poetry, and non-linear narrative. The collective is composed of core members Stephan Crasneanscki, Simone Merli, and Kamran Sadeghi. They split their residence between New York and Berlin, and often travel extensively across the world capturing sounds. The group also often involves an impressive roster of collaborators from all corners of music and arts. 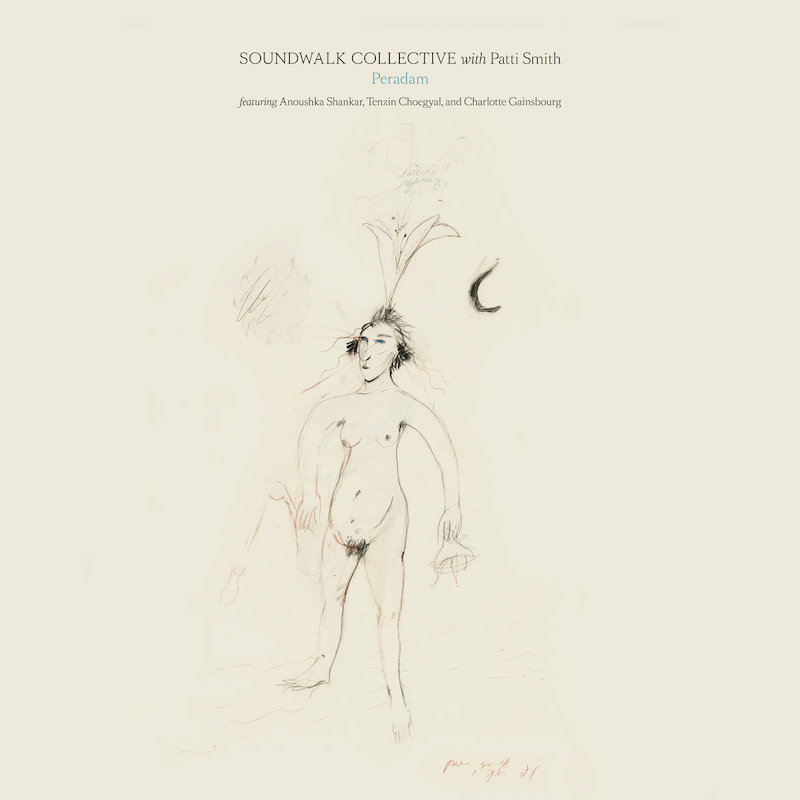 Peradam, released in the last quarter of the tumultuous 2020, is the final record in the group's album trilogy—The Perfect Vision—which explores the transcendental and creative realms invoked by three french writers and poets: Antonin Artaud (The Peyote Dance), Arthur Rimbaud (Mummer Love), and René Daumal (Peradam). All three releases were created in close collaboration with the iconic Patti Smith, whose mesmerizing voice soars above and occasionally interweaves with evocative field recordings, and subtle instrumental accompaniment. The triptych also features contributions from a variety of artists ranging from Gael Garcia Bernal to Phillip Glass, and on Peredam specifically, Anoushka Shankar, Tenzin Choegyal, Dhan Singh Rana, and Charlotte Gainsbourg.

While the collective gathered sonic artifacts from the Sierra Tarahumara, Mexico and Harar, Ethiopia for the previous two albums in the series, to translate Daumal's spiritual quest into a sonic one, Soundwalk took a journey to India's Nanda Devi, Rishikesh, Varanasi and Nepal's Upper Mustang. Another distinct parallel here is between the writer's allegorical Mount Analogue and the Himalayas, a mountain range with an immense significance in many cultures and traditions. The result is an album infused with recordings of sacred mantras, gongs and bells, mountain winds, bird songs, rippling and splashing waters of the Ganges river combined with powerful poetic narration, and swathing soundscapes.

Although continuously present, the music does not dominate on the record, but rather elegantly adds to the story with layers of hypnotic drones, ritualistic drumming, and exquisite textures. No part of the album is ever dense, and there is a sense of an endlessly vast space from the beginning chants of the "Nanda Devi" to the very last beat of unexpectedly techno-ish "The Rat". The overall experience of listening to the album feels more akin to navigating through an alternate state of consciousness with Patti's voice naturally replacing the familiar chatter in your head, which again provides a suitable correlation with Dumal's own experiences.

"Peradam", the term first coined by Dumai in Mount Analogue, defines an object that contains in itself profound knowledge that is only revealed to those who seek it. Although the record as a whole is largely influenced by the classic text, this word in particular is a very apt choice as a title for the album that somehow contains a balance of depth and inconspicuous subtlety. The closer the listen—the higher the gain.

I'm usually a sucker for more abstract electronic music, and that tends to color my recommendations for our Bandcamp pick articles. On most days, I'm more likely to listen to noisy improvisations, chaotic generative music, or field recordings than the sorts of music you'd hear on the radio. That isn't to say that I don't enjoy pop music, dance music, etc.—there's quite a bit of it that I love—but there just aren't enough hours in the day to hear new music, and I find that usually the time I do have to listen to music winds up diverted toward the noisier end of the spectrum. 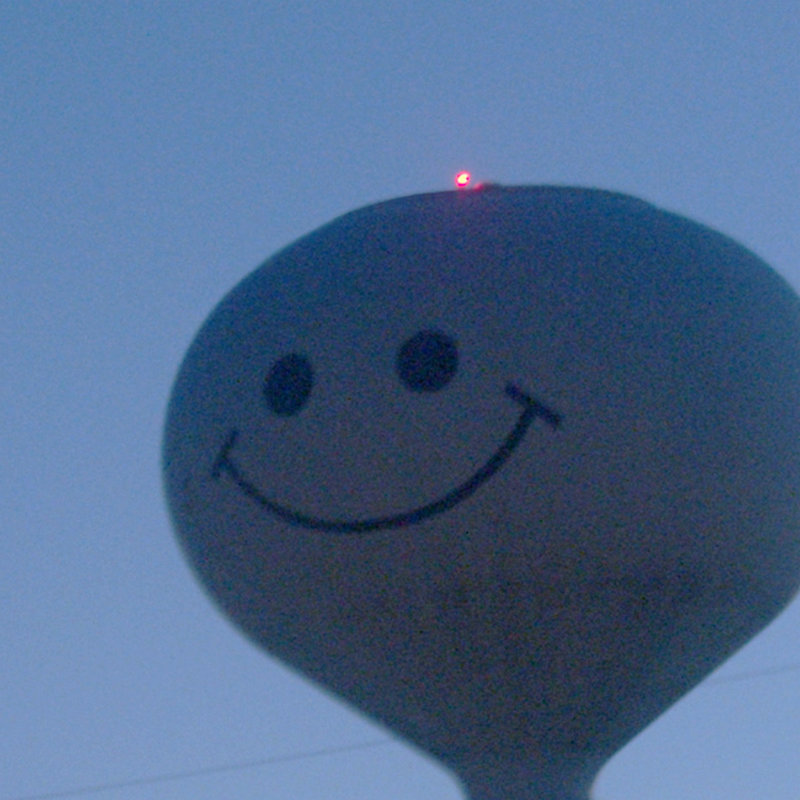 That said...I've been spending much more time than usual lately listening to the radio, happily finding that radio music has gotten weird. Almost all types of music now embrace sound design as a deep integral part. In a world where so many artists also have a direct hand in their music's production, in many areas we've moved past the model of a songwriter whose bare music is dissected, polished, and reassembled into a product. Production is now often part of the writing process itself, in such a way that decisions about a song's overall mixing, character, and sound design can propel the songwriting forward in a really compelling way.

When talking to a friend about this recently, they pointed out indie artist Underscores, with whose music I am otherwise completely unfamiliar. They pointed me toward Fishmonger, a release from just a week or so ago. Within the first track, I was already hooked. I'm yet to dive deeper into the Underscores back catalog—I'm still digesting this one—but I think it's fair to say that this album is something like raucous early-2000s indie mixed with the more progressive end of modern top-40 production techniques/sound design, with a touch of hyperpop effects and edge. To me, it feels like a peculiar mash-up of The Unicorns, Sophie, and Billie Eilish. Bouncing between thrown-together, haphazard, yet often intimate and endearing indie rock charm, a structural embrace of chaotic and jarring sound design, and a poignant, detached delivery, this album is a ton of fun, and takes me to places I consistently don't expect.

My top pick from this album is "Spoiled little brat," which feels like an equal balance of 2006 emo-tinged pop rock and a distinctly 2020s embrace of computer-driven aggressive glitchy textures and bizarre pitch-shifted vocals. Listen through the whole track—it gets nice and wild toward the end. All in all, this album is full of surprising twists and turns between intense distorted textures, catchy melodies reminiscent of early 2000s radio pop, and unpretentious, friendly indie twang. Perplexing and fun, this one gets caught in your head and screams in your ears all at the same time.

Feel Free Hi Fi erupts back onto the scene with an EP of their own brand of dystopian dub and industrial dancehall, featuring lyricists and MC’s Eddie Hill and Manic Times. Prophet Noir is one of two records the duo have released in the first half of 2021, the other being a mash up with the legendary Kingston collective Equiknoxx. 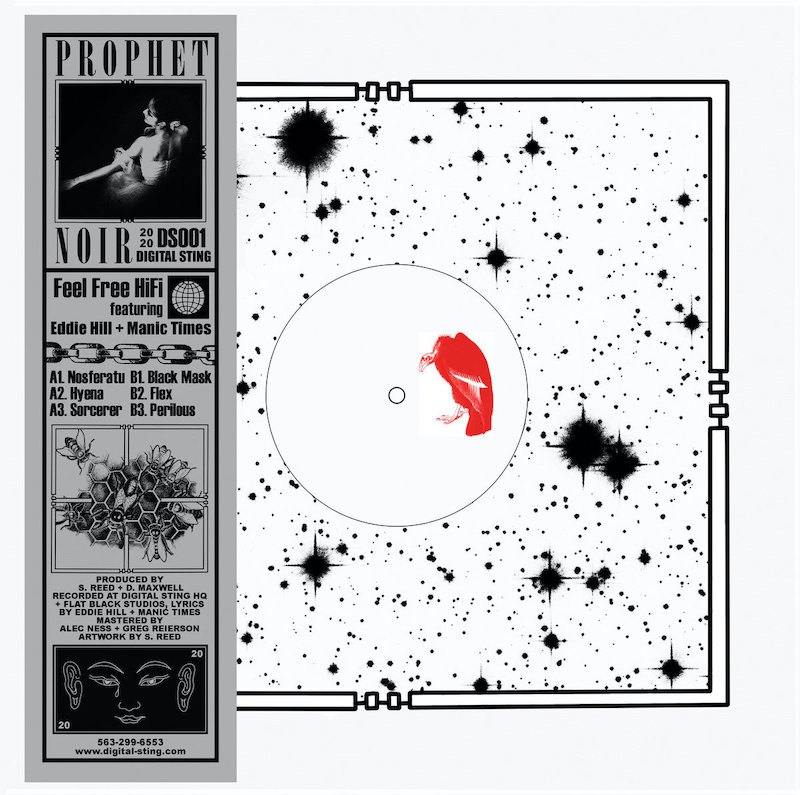 Prophet Noir marks a departure from the mixtapes and bootlegs Feel Free is known for and presents a more cohesive and personal experience. The EP opens with the minimal but provocative dub "Nosferatu," which sends bursts of jittering percussion over thick and eerie bass lines and haunting, shimmering pads. The dub continues with "Flex," which displays a more classic rhythm before thick distorted basslines creep to the front of the mix. Eddie Hill and Manic Times trade lyrics, rhymes, and screams on "Hyena" and "Sorcerer," their styles blending together to conjure up some of the best dancehall music of the modern era. The atmosphere of this album is dark and brooding, and each track unfolds explosively like a coiled spring.