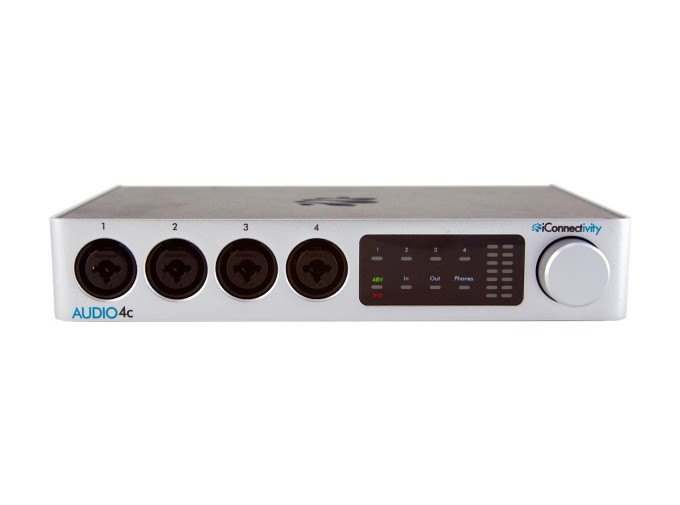 Streamlined, portable, and compatible with just about any computer, phone, or tablet, iConnectivity's AUDIO4c is a flexible audio and midi interface that's ready to be dropped into any setup. The four front inputs accept XLR or 1/4" connections, meaning that you'll be able to capture any combination of four instruments or microphones as needed. Around back, you'll find four 1/4" outputs, a headphone output, MIDI Ports in the form of classic 5-pin jacks and USB-MIDI host, and two USB-C ports. Dual type-C ports allow you to connect the AUDIO4c to two computer devices at once, whether they be Mac, Windows, iOS, or Android.

The AUDIO4c's capacitive touch front panel is super straightforward, but connect it to your computer running iConnectivity's Auracle software, and your configurations can be streamlined with the handy Stream, Play, and Record modes. As suggested by their names, each mode sets up all of the I/O ports, both physical and virtual inter-device channels, for optimal use in the specified application. And with sample rates up to 96kHz/24-bit, you can count on your audio dependably sounding great. Grab the AUDIO4c today, and make your next live stream, performance, or recording session a breeze.