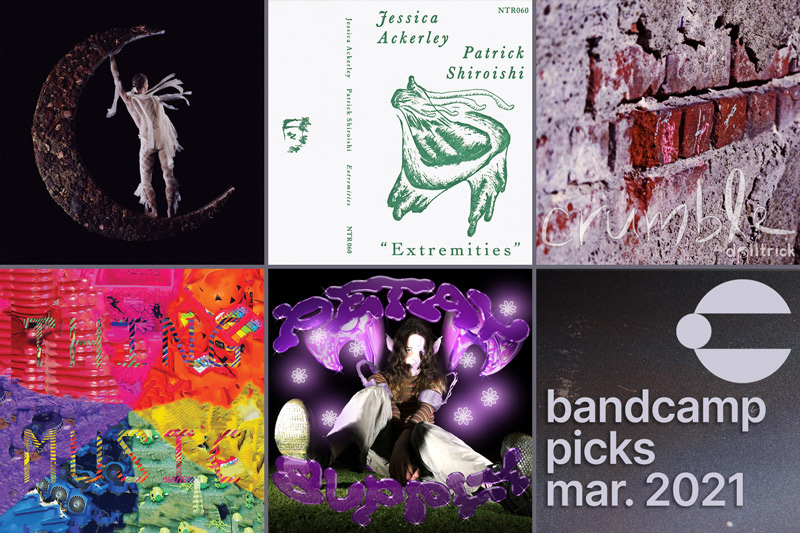 Bandcamp Day is upon us again—the day when Bandcamp waives their revenue share, giving all profits directly to the artists and labels whose music you love. Given this Bandcamp Day's proximity to International Women's Day (this Monday, March 8th), we've decided to highlight some of our favorite recent music from women artists. From Jessica Ackerley's frenetic guitar to the pseudo-symphonic rave duo Smerz, we think you'll find that there's something here for everyone. And of course, head over to Bandcamp yourself today—look around, open your ears, and you just might find your new favorite music.

Believer: the debut studio album from the melancholic duo Henriette Motzfeldt and Catharina Stoltenberg, known as Smerz, is a an emotional wave of lilting vocals and tight production that consistently showcases their impressive abilities. Smerz's previous two albums introduced listeners to the duo's composite style of spoken word-like lyricism that shifts at a moments notice into raw melodic flourishes or heavily processed effects. Believer refines this style, and finds Motzfeldt and Stoltenberg converging and diverging vocally, ad libbing in harmony over sparse and gentle beds of strings, subtle rhythmic arrangements, and aggressive synthesizer productions.

The opening tracks "gitarriff" and "max" perfectly introduce the atmosphere of the title track "Believer", with sampled strings lightly dancing under Smerz's gentle vocals before exploding into bombastic ensembles of sound drenched in reverb. The record consistently seems determined to keep the listener off balance, following the somber opening with the album's title track—an aggressively dark and tight production with lyrics that deal with internal anxieties, self doubt, and regret. As the album progresses, the listener is treated to immaculate string production juxtaposed against heavy and atmospheric electronic elements. Tracks like "the favorite" and "Sonette" loft an almost operatic and theatrical air to them, while other pieces like "I don’t talk about that much" and "Hester" display a spastic, warehouse rave type energy. The result of these diverse styles is a tension that pushes and pulls throughout the album, keeping you engaged and ready for more.

Believer was written over 3 years in Copenhagen as Motzfeldt and Stoltenberg explored their combined interests in choir and orchestral music, choreography, and other arts, distilling them into the album we hear today. The duo did a significant amount of creative videography for this project as well that highlights the expressive aesthetics of these two women. Videos for "Believer" and "I don’t talk about that much" are highly recommended and truly add to the experience and ambience of this album.

New York-based artist Claire Lim wears many hats, and with seamless fluidity at that. Certified as a trainer for both Ableton Live and Bitwig Studio, Lim spends much of her time educating others in the joy and magic of electronic music, production, and performance. She's of course also a huge advocate of inclusivity for women in music technology on all fronts. But for this Bandcamp Friday, we'd like to showcase where Lim is really able to spread her creative wings and soar: her performing musical alias dolltr!ck.

Lim's latest self-released EP Crumble exemplifies everything dolltr!ck is about. Danceable, pop-flavored electronica at its finest, combining stellar musical composition and catchy hooks with crystal-clear production. Although this particular release clocks in around just 15 minutes in length, Crumble not only feels like a complete collection of tracks in itself, but also manages to cover an impressive range of sonic and musical breadth. 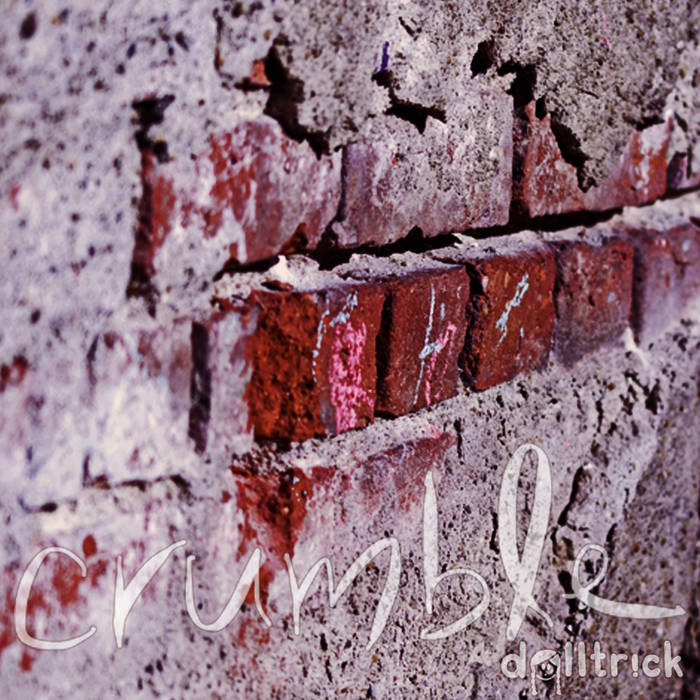 For starters, the opening and closing tracks "From Dust" and "To Dust" not only hold significance in title and track sequence, but represent dolltr!ck's foray into more textural and experimental territories. And yet, both tracks are masterfully crafted in such a way that they don't sound out of place with the other three tracks on the EP. They rely upon enough of the familiar lush pads and punchy percussion to fit in, while pulling in more spacious forms and textures to present the musical vibe of dolltr!ck in a slightly different light.

But don't expect the three main tracks on Crumble to follow all of the same tropes of other pop music. A track like "Fade" showcases Lim's skill in joining related musical ideas into compelling arrangements. Not just in terms of chord progressions and the like on a section-by-section basis, but also in the bigger picture of song form, showing attention to detail in how the contours of dynamics and instrumentation play a huge role in shaping a track from start to finish. Speaking of instrumentation, "Ashes" features intricately layered vocal lines woven together with grace. It's one thing to build up contrapuntal synth melodies and the like, but effectively doing so with vocals requires refined technique in both recording and mixing, and Lim demonstrates both with ease.

Among the most remarkable traits of music released under the dolltr!ck name is one that may not be immediately apparent on listening—Lim's music is written to be performable. With a combination of powerhouse controllers like the Ableton Push and Sensel Morph, as well as more atypical choices like an AKAI EWI, a vital part of Lim's artistic process for dolltr!ck involves arranging and adapting her tracks to be performed live. Although we're still currently living in a time where musical performances predominantly exist in the form of live streams, Lim continues to be actively streaming and performing in the digital realm.

Of course, we definitely suggest supporting her releases on this Bandcamp Friday, but if you ever notice an upcoming dolltr!ck performance, you surely won't be disappointed by tuning in.

Petal Supply's debut EP Hey combines hyperpop melodies with happy hardcore kicks and sugary auto-tuned vocals to create internet-tinged music—in a fashion all the more ubiquitous at the beginning of the 2020s. Released in November, the songs are full of the type of longing that has plagued many of us over the last year. Our connections as humans are now almost entirely digital; our communications are always delayed slightly by technological limitations. As a breath of fresh air, the songs feature romantic undertones and sugary lyrics with hope for the future. 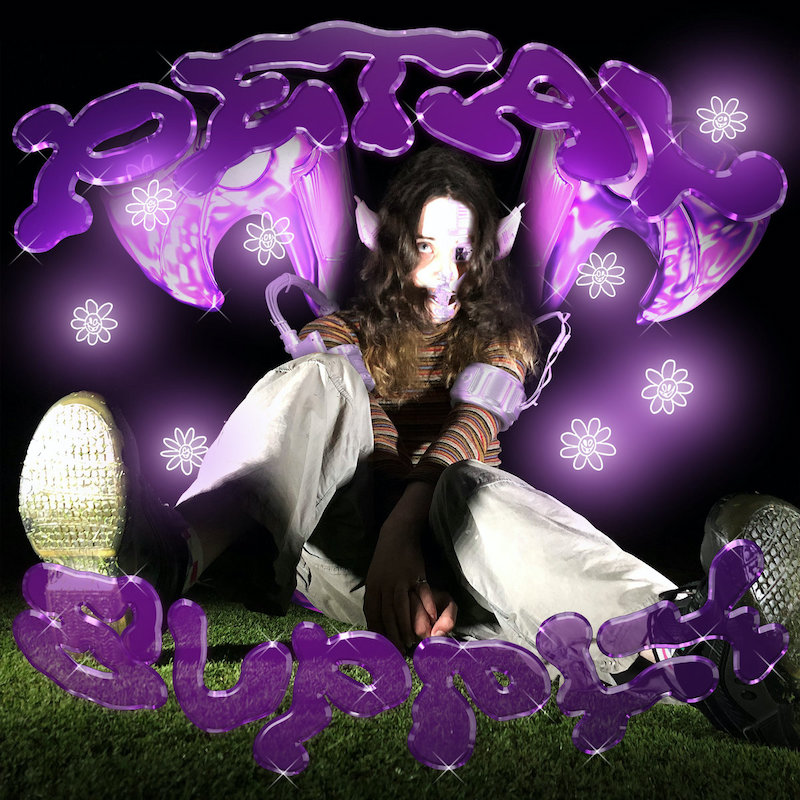 The opening track, "Hey," reflects the feeling of finally meeting a person who has only existed to you through the lens of your smartphone. Hyperpop exists primarily through online channels, particularly over the past year. In lieu of traditional concerts, hyperpop performers find themselves playing virtual shows in Minecraft or on Twitch channels. Finally being able to see the person you've developed this online relationship with is an overwhelming and joyous experience but always comes with an air of uncertainty. The EP contrasts the themes of internet isolation with the joy of romantic attachment and blossoming feelings.

While the EP takes many cues from pop sensibilities, the happy hardcore influence shines through in several of the songs. The end of "Picture On My Screen" and "You're So Pretty" inject pounding hardcore kicks that contrast with the melodies and rattle speakers. Many of the songs feature FM synthesis lines and pads, reminiscent of Sophie's work that paved the way for and influenced many hyperpop artists.

Petal Supply delivers an EP filled with upbeat, catchy melodies, auto-tuned vocals, and massive hardcore kicks that you'll find yourself listening to at full blast in your car or headphones.

The music of Erin Demastes is hidden in every single object around us—no thing is deemed unmusical, and every thing has a great sonic potential. While the terms like composer, improviser, instrument builder, and sound artist certainly apply to Demastes, she is in a wider sense a relentless explorer, and the world is her sonic playground. Random objects that are often dismissed in our everyday life (or at best are mundanely used for their intended purpose) are re-contextualized in Erin's work, becoming idiosyncratic musical instruments of her one-woman band. 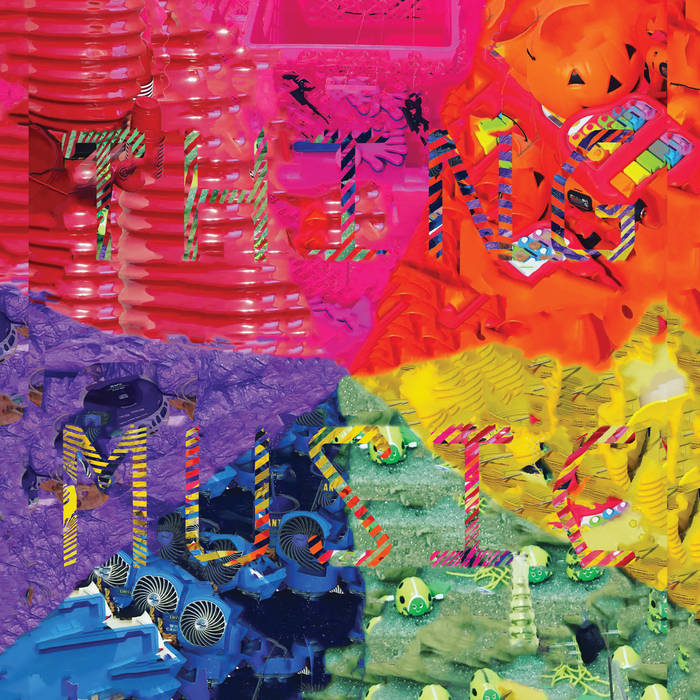 Condensing such a diverse palette of sounds into a song or even a record is not an easy task, but Erin has a master plan. Her latest record, Thing Music presents several years of research on the sonic properties of different materials. All objects are organized by colors into seven tracks: Pink, Orange, Yellow, Green, Blue, Purple, and Red. Although the color-sound relationship here is not per-se synesthetic, however it is absolutely permitted to feel as if "it is all yellow" (sorry Coldplay) past the tenth minute, as well as slightly emotional, and maybe just a little bit blue when the fifth track of the album starts playing. As a whole, Thing Music evokes a feeling of journeying through a post-industrial magic forest full of unknown creatures of varied forms and sizes, bizarre plant life, bubbly swamps and waterfalls, mangroves and meadows.

Ultimately Thing Music is about play, and not only in the sense of Desmastes having lots of fun making noises with found objects (although she certainly does), but also as in a play of imagination, and creativity in general. You probably won't find songs that you can sing to on this album, but it is certainly a wonderful work to send you off into a dreamworld. Have fun!

Extremities is the first collaborative release of New York-based virtuosic guitarist Jessica Ackerley, and prolific Los Angeles sax master Patrick Shiroishi. The album is a documentation of a live performance which was recorded in a basement apartment of LA's Chinatown, thus what you are hearing is the result of a very direct and instantaneous chemistry between musicians—raw and untamed expression. 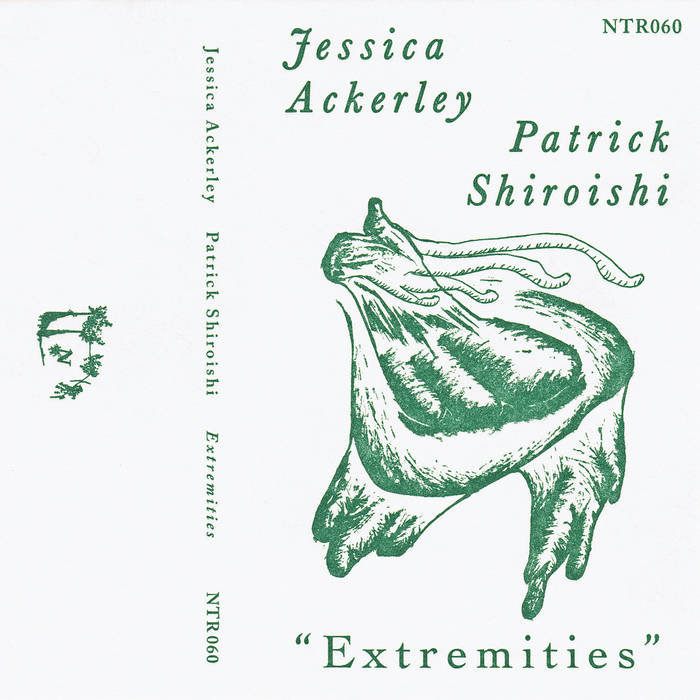 The name of the album, Extremities, is very fitting here—as the duo puts an intense amount of focus on the very limits of their dedicated instruments (and perhaps themselves). It is important to note that this extends to both ends of the spectrum: the very fast paced shreds, and quiet explorations of sonic subtleties.

The album opens with "Popcorn Spackle", an asynchronous intermingling of Jessica's semi-percussive scattered string scratching, and Patrick's breathy saxophone work. The second track "Muss up" takes a different approach, blasting off from the start, it sounds as if both instruments engage in an active battle, not overpowering each other but maintaining equal dominance till the very end. "Meteoric Deed", "Basement Runic", and "Din Din Stridency" are to a varied extent quieter and very nuanced pieces where artists are leaving more spaces between the sounds. Perhaps the most mind-bending action thrillers are "Bulderdash" and "Short Circuit", the intensity of which instantly reminds of some of the wildest efforts of Naked City and Painkiller. In "Drum and Paper" Ackerley uses guitar almost exclusively as a percussion instrument, and Shiroishi's high pitched squeals and melodies are hovering over metallic string hits with grace and soulfulness. The album ends with a very optimistic "Hello Fairies", as if after exploring all of the edges the instruments settle in a short dialogue, saying to each other a loving "goodbye" or, hopefully, "till next time".

Overall, Extremities is a very engaging listening experience balancing between a variety of genres ranging from free jazz to noise to nearly grindcore sans drums and bass. It will be a pleasing discovery for fans of John Zorn, Peter Brotzman, Fred Frith, Derek Bailey, Marc Ribot, Melt-Banana and other courageous explorers of the adventurous side of music.