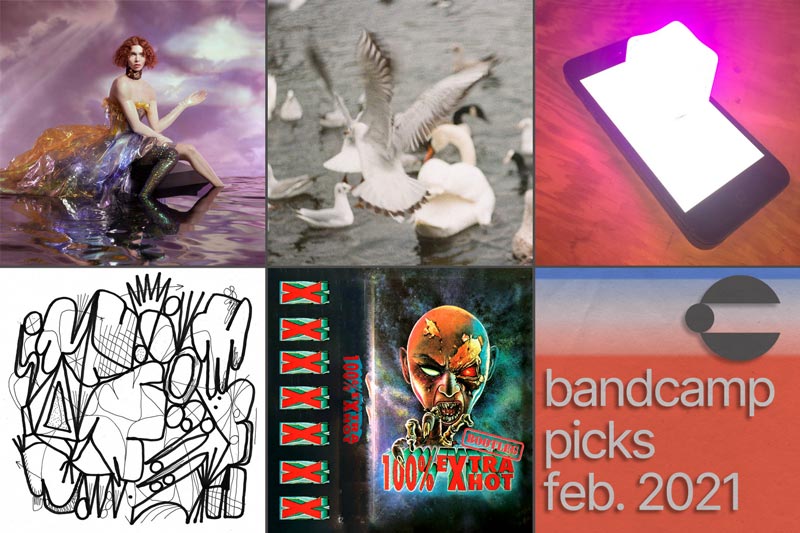 Bandcamp day is upon us once again! Waiving their revenue share in favor of providing all proceeds to artists and labels, Bandcamp has definitively made this the best day of the month to buy music. Head over to Bandcamp to find some new tunes, and to provide support directly to independent artists. Need some inspiration? Here are some albums we've been enjoying lately.

On January 30th, 2021, the electronic music scene suffered a terrible loss. Sophie Xeon, a pioneer of the now-ubiquitous Hyperpop genre, fell from a balcony while trying to get a better view of the full moon rising against the Athens, Greece skyline. While alive, she made an undeniable impact on the future of pop music, and her influence lives on past her physical body. She produced for a diverse range of artists such as Charli XCX, A.G. Cook, Lady Gaga, and Kyary Pamyu Pamyu, incorporating her distinctive and unique sound into mainstream music. Her 2018 album "Oil of Every Pearl's Insides" was a commercial and critical success, landing on several best-of lists of that year and a Grammy nomination for Best Dance/Electronic Album. 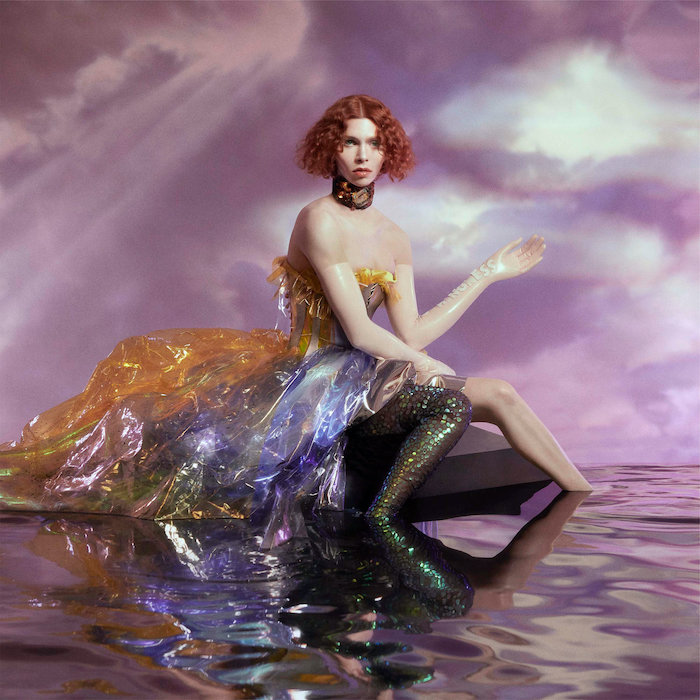 The album opens with the emotional and riveting "It's Okay to Cry," an ode to embracing gender identity and accepting your inner truth. From there, Sophie launches directly into "Pony Boy," blasting the listener with abrasive metallic hits and thumping, rumbling basslines. This high energy FM metallic madness melds with melodic and beautiful interludes, complete with emotive vocals that captivate the listener. These interludes provide contrast and breath to the onslaught of complex textures and pounding bass frequencies. Songs such as "Is it Cold in the Water" and "Infatuation" combine haunting vocals with walls of synthesizer chords that swirl around the stereo field and morph through different feelings and textures.

The album caps off with the one-two punch of "Immaterial" and "Whole New World/Pretend World." "Immaterial" lays the groundwork for casting off traditional notions of gender combined with catchy synth lines. "I was just a lonely girl/In the eyes of my inner child/But I could be anything I want," Sophie sings, again highlighting this album as a declaration of a fully realized gender identity for the artist. Although she used the moniker of Sophie for years, this album was also a way to come out to the world through her music officially. "Whole New World" wraps up the album and looks to the future. Pounding stabs, metallic creaking, and both traditional and unique FM pads and chords combine to create a melodic structure that looks beyond conventional pop music notions. Sophie looks towards a future that she is no longer a part of, but her music will stand the test of time.

The latest entry in the Beat Detectives ever growing and branching discography, 100% Extra Hot is a collection of tracks that capture a snapshot of New York’s underground bootleg music scene, a melting pot of cultures, rich international sounds, and a unique proclivity for remixing.  A self-described exercise in their own take on "blunderphonics," John Oswalds "plunderphonics" but remixed to further "play along" with the genre, 100% Extra Hot plays as one part sound collage, and one part raucous mixtape, and as advertised...it is very hot. 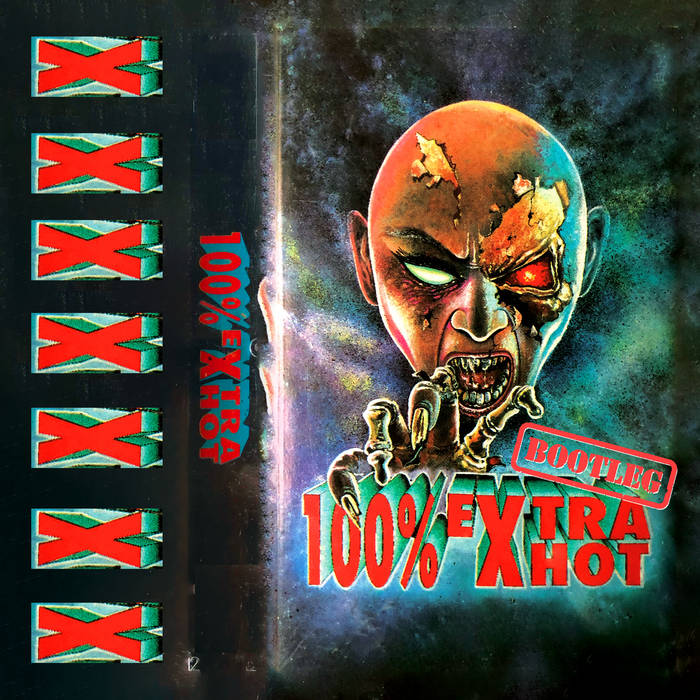 Tracks like the opening "The Boy’s Are Back Baby" and "TMT1W2W*" showcase the group's impressive ability to take textural, bizarre sounds and morph them into head nodding rhythmic collages layered over tight yet lo-fi drum productions. On other tracks like "Kali Was My Word Builder" and "Well Wicked" the Beat Detectives show their love of bootlegging, grabbing vocal bits from traditional and modern eastern music, 90’s jungle and rave basses, dancehall rhythms and reggae MC’s, mixing them all together into cohesive compositions that beg to be blasted at the nearest block party.

The Beat Detectives had an explosive 2020, collaborating with friends on the several "Nuke Watch" releases, as well as releasing a slew of dancefloor heaters under their NYPD label. 100% Extra Hot is available on cassette and as a digital download—and speaking from past experience, grabbing a tape is highly recommend, as this is a group that really understands the tape medium and consistently impresses with the quality they deliver.

As someone who spent a lot of time in their youth writing more traditional "songs" on my guitar and piano before growing up and transitioning into more esoteric electronic music genres, I thoroughly enjoy coming across music which seamlessly blends perspectives from these musical chapters of my life. There's a sense of pleasant nostalgia in hearing the sounds of familiar instruments, but my ever-present desire to hear something a little new and different is also satisfied. 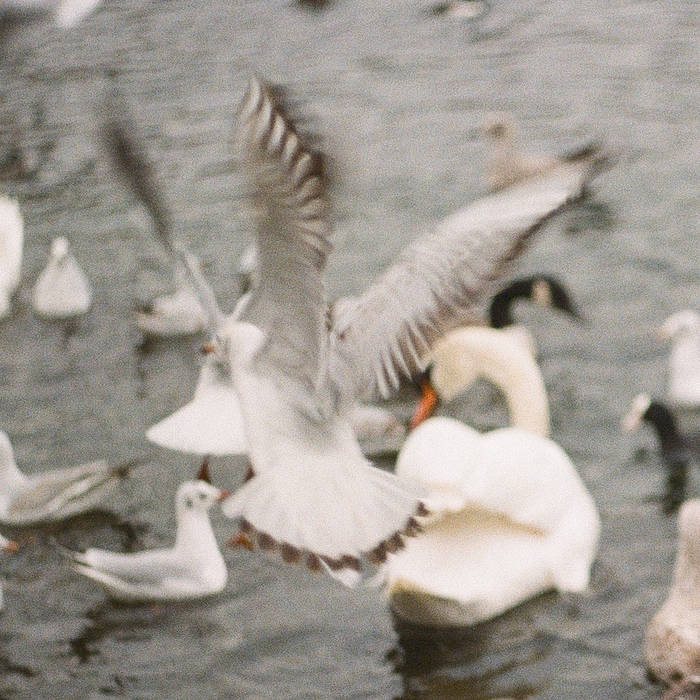 Weaving a Basket is the latest release from Sea Oleena, the artistic alias of Charlotte Oleena, and almost feels as if it exists in a beautiful and hazy state of suspended animation. Meandering finger picked guitar lines and Oleena's soft, wispy vocals are often accompanied by blurry field recordings and reverberant drones. The lengthier tracks like "Lost Song" and "Gardens" begin with Oleena's voice and guitar alone, and perhaps a single additional layer with a subtle presence. But each piece slowly unfolds with the gradual introduction of additional elements, transforming bare and minimal arrangements into rich, textural journeys. And while ambient interludes are often built into the ends of tracks, adding musical punctuation and breathing room to the longer songs, "Calvisius" is itself a fully-fledged ambient composition featuring sustained, washed-out vocals and blended synthetic instruments.

With her whisper-like and at times barely discernible singing, Oleena's voice itself can often seem more like an element of texture, an interesting twist on the commonality of the voice being the primary focus in a songwriter's music. The mix in "On Possession" plays into this idea well—at times vocal melodies nearly fall beneath the backing guitar parts with their nearly broken delivery, among interludes of layered humming which forms a harmonic bed for the continuing guitar lines. It's clear that Sea Oleena appreciates the use of the voice as an instrument beyond lyrical hooks, as melodies without words and keeping the often removed sounds of breathing and air in the final mixes greatly contribute to the space created in Weaving a Basket.

It's refreshing to hear recognizable instruments and songforms enhanced with electronics in a thoughtful way, and it feels like a glimpse into the future of how artists from all genres will adapt electronic instruments and processes into their practice. A common criticism of electronic music from those outside that world might be directed towards a lack of "human-ness," but it's a release like Weaving a Basket which shows that intention and purpose with electronics can result in some of the most human and emotional music.

Klammklang is self-described as a Siberian-raised Moscow-based record label that specializes in experimental music spanning widely from ambient-folk to modern computer and electro-acoustic music to mutated jungle. I have personally been a fan of the label for a few years now, and it was a great pleasure to witness its evolution in all forms. Evolution is a particularly appropriate word for this release too. VII both celebrates the label's seventh year of existence, and stands as a statement of Klammklang's vector towards the future. The compilation is extremely diverse, yet all ten tracks flow into each other seamlessly making the listening experience whole and complete. The label breaks the contents of VII into four distinct categories: debuts, duets, documents, and whatever comes next.

The debutants on the label are Kolya Dykhne and Diana Romanova. Kolya's blend of saxophone, gongs, and field recordings in "Tezeta" opens and sets the tone for the compilation, while Diana's "Hurlement" is a delicate piece where she gracefully interconnects common noises and silence. 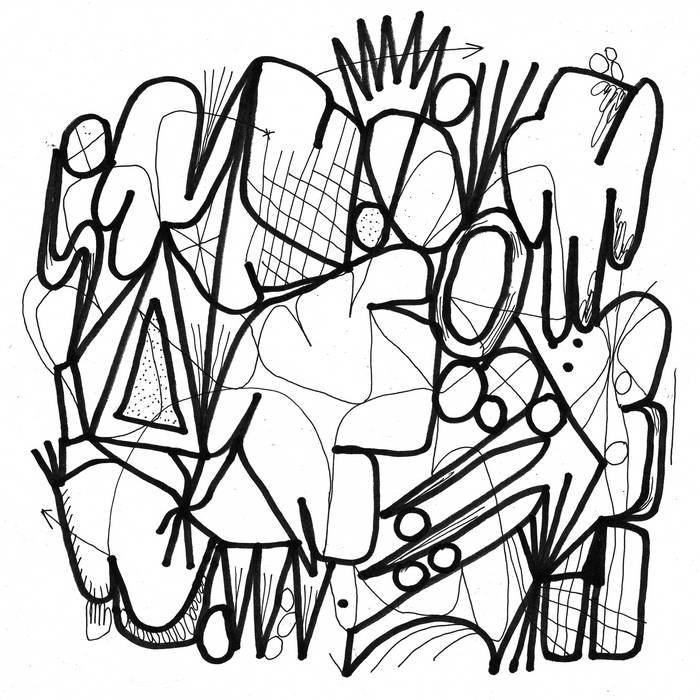 There are three duet pieces presented on the record, each unique in its own way. Label's resident Vlad Dobrovolski's collaboration with japanese experimental composer Sugai Ken "Advanced Retrospective Shit-phonic" is a beautiful and eclectic collage of acoustic and electronic sounds, and abstract noises. Perhaps a favorite of mine is a collaboration between sound artists Hugo Esquinca and Audrey Chen where the two explore the convergence of digital signal processing and extended vocal techniques. Similarly in concept, but extremely far apart in outcome is the collaboration between label's core artist Nikita Bugayev and Elina Bolshenkova. Their "A Song For One Voice & Four Patchers" is a heart-softening intermingling between monotonous vocal chants and grainy textures.

Documented sounds on the compilation are manifested in tracks from Kirstine Elisa Kjeldsen and Egor Klochikhin (aka Foresteppe). The former is a captured live recording of the sound artist's performance in the Polish club Mozg where she relentlessly mangles and warps feedback. The latter is taken from Klochikhin's sound installation where three reel-to-reel loops filled with a variety of voice recordings, ranging from speech of Soviet-cosmonaut Yuri Gagarin to the interview with scholar Yuri Lotman, interweave in complex layers aptly bringing the compilation to a conclusion.

Whatever comes next' encompasses tracks from three artists who are to release new and first records on the label in the near future. Margenrot's "Odnogolosii" presents a uniquely shaped strain of post-punk. "Soak" epitomizes the uneasy, and yet magnetic sonic flavor of Zurkas Tepla. Lastly, Klammklang is planning a release this year from the Felicity Mangan—a masterful sculptor of biophony, and "Until Next Summer" is an excellent introduction to her work where she takes label-owner's Stas Sharifulin's rural field recording as a core of the composition.

As mentioned earlier, the true magic of Klammklang's VII lies in how effortlessly this diversity of sonic worlds flows into one another, completing each other rather than competing with one another. The record is relatively short. Just under forty minutes. So once the sound of the final track fully decays it is only natural to press the play button again, and new layers undoubtedly will reveal themselves with every listen.

I'd somehow completely missed this release until a few days ago—a 2019 album of sorts called Cellular Music by the endlessly inventive and peculiar guitarist Nick Reinhart. 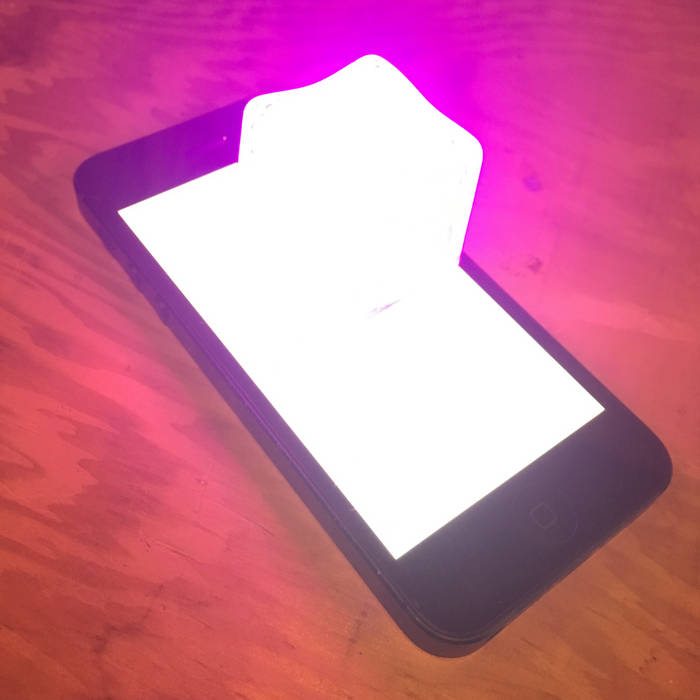 You might know Reinhart from his raucous half indie/half math rock band Tera Melos, whose music ranges from all-out bursts of improvised chaos to neat, slick, deceptively complex pop songs...always punctuated by Reinhart's characteristic skronks, beeps, and otherwise glitched-out guitar interjections. Famous for his dare-we-say virtuosic use of effect pedals as an extension of his instrument, his solo works are equally perplexing and compelling. Need proof? See his catalog of solo work, which includes several volumes of spectacularly bizarre Christmas and Halloween-oriented releases as well as the wonderfully quirky Halloween Club, a glitchy and even sentimental piece of fast-paced electronic music.

Cellular Music is something different—in fact, calling it an album might not be entirely accurate? This 150-track release is comprised of sound bites ranging from one to 28 seconds in duration, meant for use as ringtones and text notifications. The thing is—these are surprisingly fun to listen to as well, making it pretty odd and enjoyable listening experience when treated as an album. From segments like 90s computer boot music to crunching, grinding digital noise, this is a great place to look for your new notification sounds, alarms, and reminders.

This collection of sounds is a fantastic testament to the state of artist-driven digital streaming services. Would a label put out a "record" of 150 ringtones? Probably not. But when an artist can oversee the entire process of making and releasing a collection of interesting sounds like this using a platform intended for distributing "albums," I'm reassured that we live in a time where there's still plenty of room for creativity in music distribution.

Support independent artists—take time to pick through Bandcamp today and find something special. It's an incredible time for musical creativity, and if you just take some time to look, you'll no doubt find something that speaks to you...or something that just helps you have a good time. Happy listening!