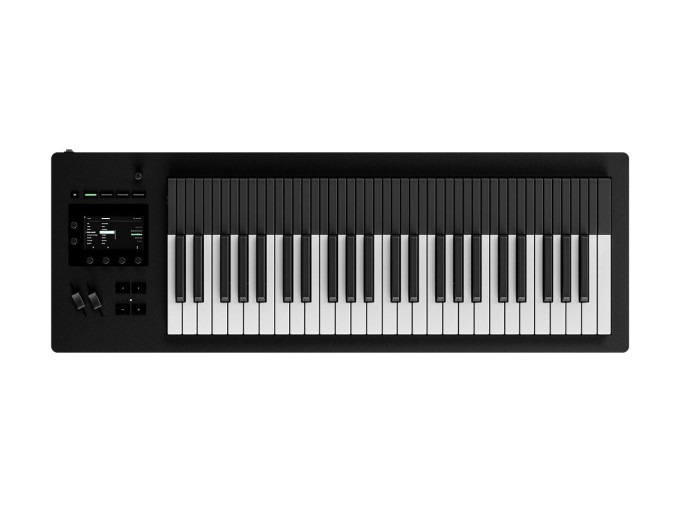 With Osmose, Expressive-E is ushering in an all-new era of musical expression by coupling an inventive keyboard design with incredibly deep sound capabilities. Developed and refined over several years, Osmose offers a piano-style keybed with numerous three-dimensional playing gestures for an experience like no other. And by incorporating Haken Audio's superb EaganMatrix sound engine, the physical design of Osmose is matched with an equally deep synthesizer—all-contained in one elegant package. And of course, Osmose serves as an excellent MIDI and MPE controller for other hardware and software instruments in your studio.

The defining feature of Osmose is almost certainly the keybed, with a wonderfully reimagined take on the universal piano-style layout. Capable of far more than just defining notes with pitch and velocity, each and every note note may be generated or controlled with gestures like press and shake for levels of nuance previously unheard of in other synthesizers. Play a note and bend it left or right for per-note vibrato that would otherwise be reserved for vocalists, string, and wind players, yet is made available to you on Osmose. And through varying degrees of pressure and polyphonic aftertouch, further unique playing styles like strummed notes, intuitive portamento, and immersive blending of sonic layers are all at your fingertips.

An instrument with such potential for expressivity would be wasted without an equally capable sound engine, which is why Expressive E partnered with Haken Audio to incorporate their EaganMatrix synthesis platform into Osmose. Though most well known for their Continuum Fingerboard instruments, Haken Audio designed EaganMatrix as a deeply configurable sonic companion for highly performative instruments like Osmose. With 24 voices of polyphony and nearly limitless assignment of gestures to parameters, Osmose and EaganMatrix place an emphasis on performing your sound design, rather than exclusively relying upon LFOs and automation. But don't worry—if you don't want to enter the Matrix, Osmose ships with 500 sound presets to get you started.

While you totally can—and should—explore the built-in sonic language of Osmose, Expressive E realizes that a large part of its appeal is using those fun, wiggly keys on other instruments. You can quickly configure Osmose from its internal interface without a computer, enabling you to jump into a variety of different MIDI and MPE playing modes. But regardless of how you decide to use Osmose, you'll set down a path of electronic musical expression unlike anything you've ever heard before.