Item#
N13-3460
$995.00
Add to Wishlist
Special order delivery times vary. Note that special orders may not be returned or cancelled. Feel free to reach out for more info!
Skip to the end of the images gallery 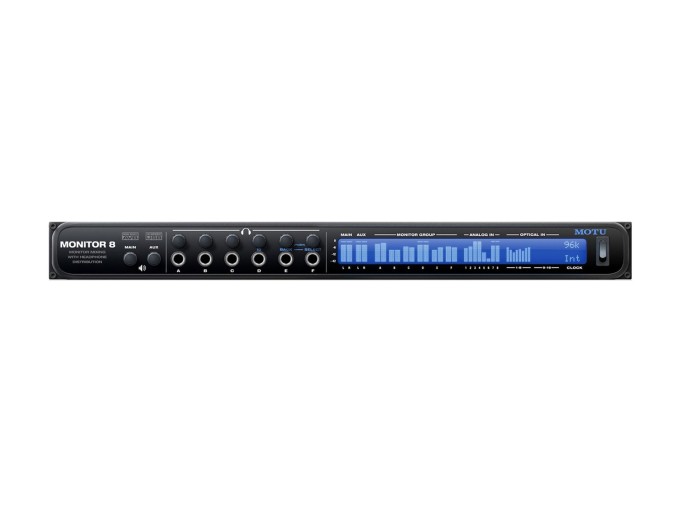 Both main and auxiliary outputs ensure that the Monitor 8 can be connected to both primary and secondary speakers/monitors, while six additional independent monitor groups can be utilized for the connection of up to twelve headphones, six stage monitors, and four stereo in-ear monitors (which can be configured for routing to other stereo line-out destinations.

The Monitor 8 is also home to a powerful DSP that allows for console-style mixing with total of 48 channels, 12 stereo busses, and 32-bit floating point processing. In terms of effects, the unit features analog modeled EQ, compression, and reverb. There’s also a comprehensive routing grid for patching inputs to outputs, splitting inputs, or routing signals to multiple destinations.

If all this wasn't enough, the Monitor 8 can be used independently of a computer as a standalone mixer that can be controlled via iOS, tablet, and smartphone compatible web app. Additionally, users can connect another MOTU AVB interface with a standard Ethernet cable.