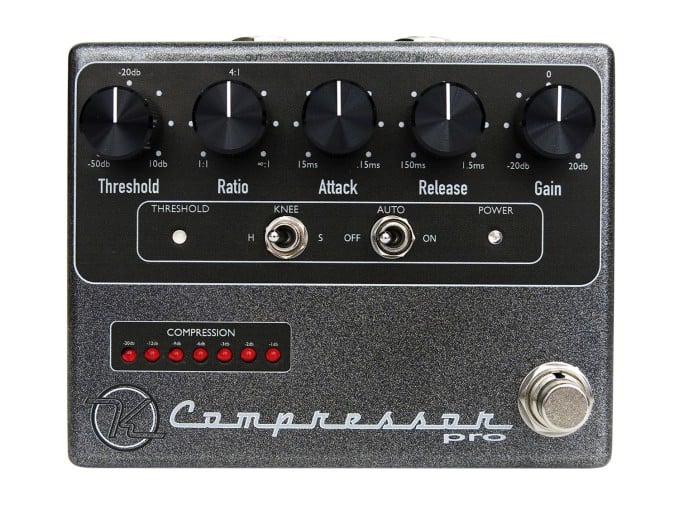 The Compressor Pro, from Keeley Engineering, aims to be the last word when it comes to stompbox compressors. In addition to providing razor sharp accuracy, the pedal is also incredibly versatile in that it can be used with an array of instruments. In fact, its ability to accept a wide range of external signals make it ideal for studio compression duties. Concurrently, the pedal also holds its own in live situations, giving players that robust and polished tone they’ve been looking for.

In terms of controls, the Compressor Pro features intuitive front panel controls for Threshold, Ratio, Attack, Release, and Gain. Threshold is essentially the core of the pedal, as it dictates when the compressor is imparted onto the signal and vice versa. The signal is being compressed when the corresponding LED is red, and is unaffected when it is green. It can be adjusted from -50dBu to +10dBu.

Conversely, the Ratio parameter controls the overall amount of compression to be imparted. When fully CCW, the compression ratio is 1:1, though it can be set to infinite (∞:1) when fully CW. In the latter configuration, the output level will never increase–even with an unruly input signal! This is ideal for hard-limiting applications as well as chicken-pickin’.