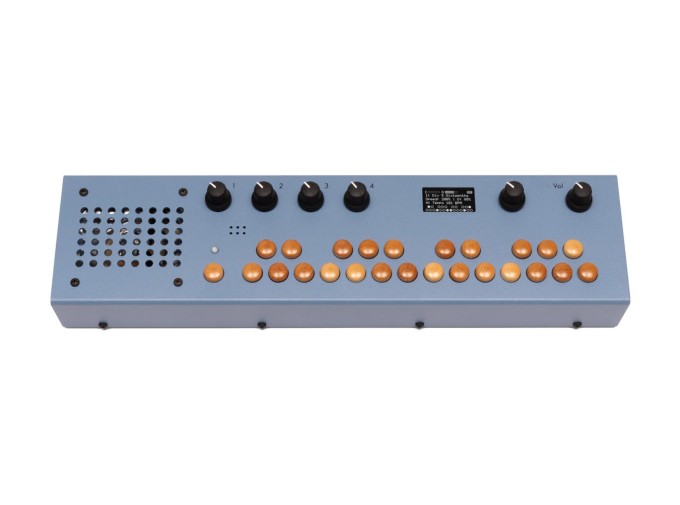 The Critter and Guitari Organelle M is a portable and feature-rich little box of tricks, great for exploring new ways to create and modify sounds. The updated Organelle M features some new improvements over the original, including MIDI I/O, battery power, built-in microphone, an internal speaker, twice as much RAM, a faster processor, and an updated web interface for Link sessions and patch management.

Organelle M features a two-octave maple-key keyboard, a menu knob, four parameter knobs for that change based on patch settings, a volume knob, pedal input, headphone out, and stereo in and out. It can be a synthesizer, sampler, drum machine, sequencer, or effects processor—the possibilities are nearly endless! The architecture of the Organelle M is based around patches which contain all relevant elements of the sound. There is a huge collection of patches created by Critter and Guitari that come with the unit, as well as a vast library of user generated patches dating back to the original Organelle. Patches are hosted on a USB drive. Patches can be edited or created using the program Pure Data. The Organelle can be connected to a computer or other MIDI instruments via the 1/8" jacks MIDI or USB host. Explore the included patches, the library of user patches, edit existing patches, or create your own and get playing.