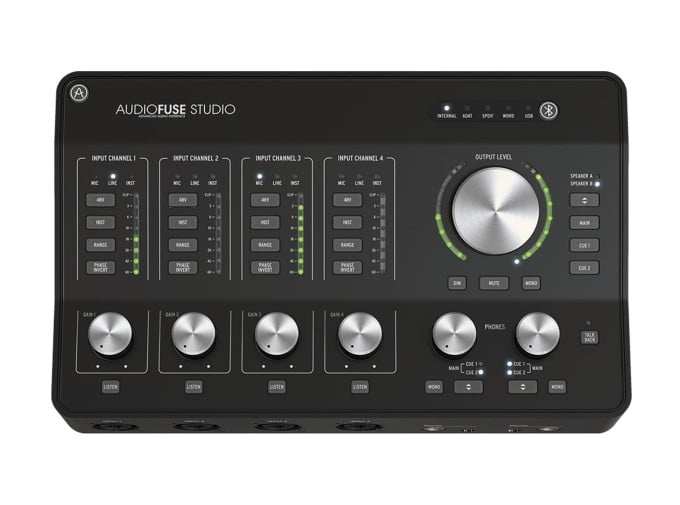 AudioFuse Studio connects to any PC or Mac via USB-C, and is fully backward-compatible with USB 2.0, making it perfect for nearly any computer. Simply plug it in and watch your studio fall into place around it.

Specs
Product Demo Videos
Best Audio Interfaces for Recording Music, Podcasts, and More
Audio Interfaces are essential tools for anybody hoping to record music, podcasts, or funny sounds.
We take a look at some of our favorite options for beginners and more advanced users
Arturia AudioFuse Studio Audio Interface Reviews
Register with :