After Later AudioThreads MIDI to CV Converter - 1U 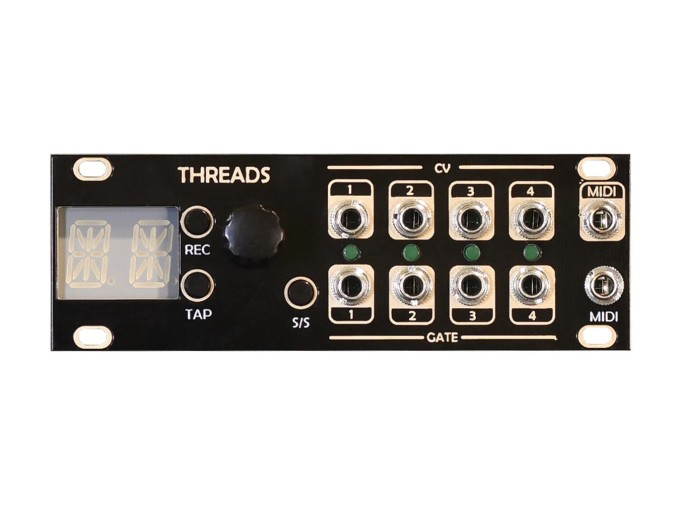 In addition to converting MIDI messages to CV, Threads functions as a sequencer. Sequencing modes including Euclidean gate sequencing, arpeggiator, and a 64-step SH-101-style sequencer with note record. Threads not only outputs standard MIDI notes but also features options for microtonal and just intonation sequencing. The CV outputs also feature a mode where they can function as digital oscillators.

Threads uses the Intellijel 1U format and even features a connector on the rear to attach to the MIDI jacks included on some Intellijel cases. Threads condenses these functions down into a compact 1U form factor, providing features not found in many MIDI to CV converters.

Specs
After Later Audio Threads MIDI to CV Converter - 1U Reviews
Register with :