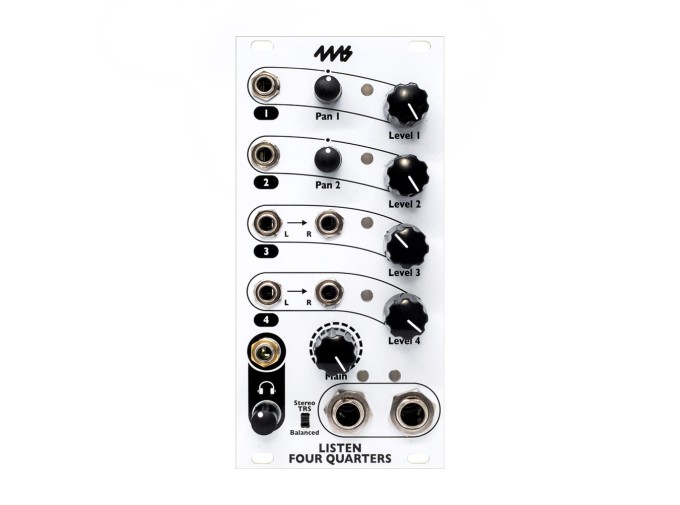 The Listen series mixers can be chained together behind the scenes to create larger setups for more complex mixing/submixing scenarios. In this case, the Listen Four Quarters is a sensible candidate for the last module in the chain, acting as a final output for interfacing with an external interface or mixer. The 4ms WAV Recorder can be connected behind the scenes in the same fashion, making it quick and easy to capture pristine stereo recordings of the entire system.