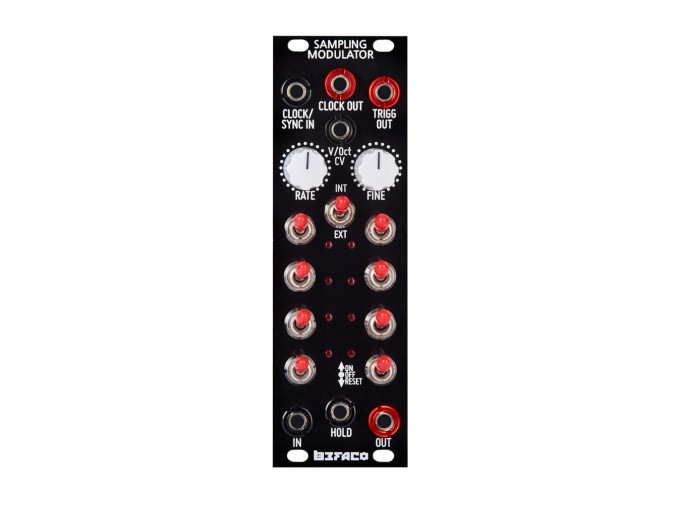 As a sampling modulator, the unit can receive a simple waveshape via its V/Oct clock and route pitched CV back to the VCO. With additional CV applied to the modulator CV input, users can achieve two closely-related frequencies with beautiful aliasing that produces a metallic-style sound. From there, users can further degrade the wave by flipping the sequencer switches on and off.

To use the Sampling Modulator as an analog down sampling effect, adjust its clock so that it is operating at audio rate. From there, users can achieve sample rate reduction of nearly any external signal. The clock can reach 25kHz without CV, and 200kHz with CV.

As a sequencer-clocked sample & hold, the module functions similarly to a traditional sample & hold, albeit being clocked via internal sequencer. This enables an extensive range of potential patterns that a regular sample & hold could not achieve. Additionally, in this mode the clock can be configured to function as a Sync input, affording the creation of polyrhythmic effects and shuffles.